Weather has a significant factor in our decision on which direction to go. Due to freezing temperatures forecast for Northern Arizona, we had to abort our plan of going to Canyon de Chelly in Chinle, Navajo Tribal Lands. We decided to head south where climate is warmer. 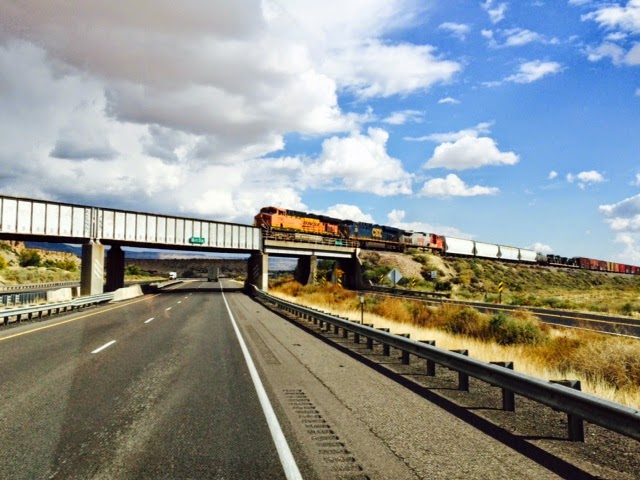 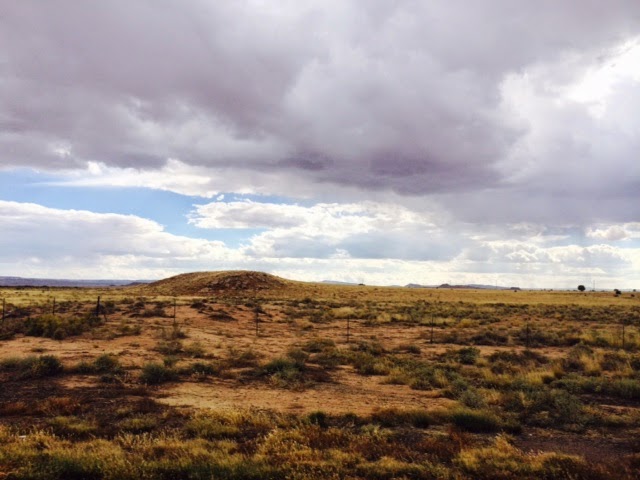 Some of you may have seen the movie "Hachi: A Dog's Tale" a 2009 drama film based on the true story of a faithful Akita Inu* (dog). The Akita is a large, powerful and imposing breed of dog with a dignified and intimidating presence. Akita was originally used for guarding royalty and nobility in feudal Japan. Akita is fearless and protective of his family and according to Akita owners, will not back down from danger or physical challenges.  Akita is also an affectionate and sociable dog. This morning Steve came by to introduce himself and his Akitas.  Yoshi Hoshi, the black female is 1 year old.  Yoshi could be translated as "good" or "superior" and Hoshi means "star",  The white and black Akita is called Taitan, Japanese name for Titan and he is 6 years old.  Steve currently resides in Corrales, New Mexico but he has lived in Germany and Spain for a total of 19 years. 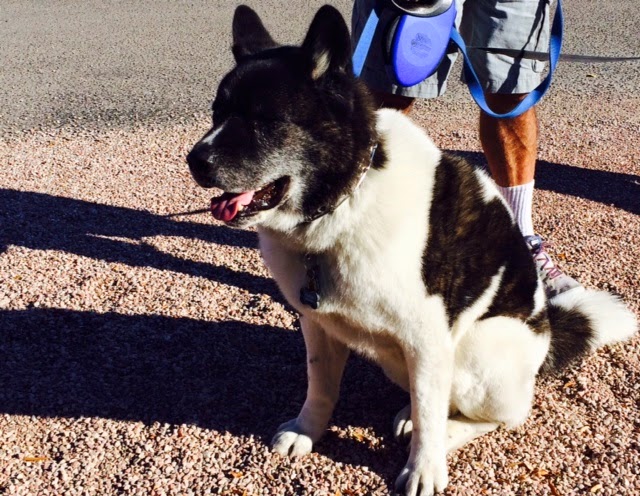 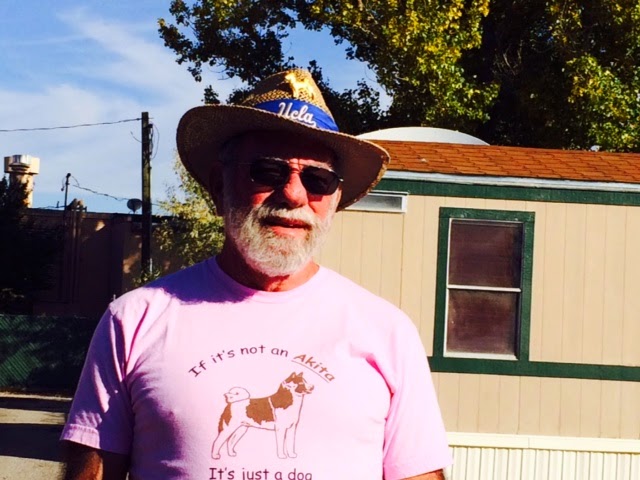 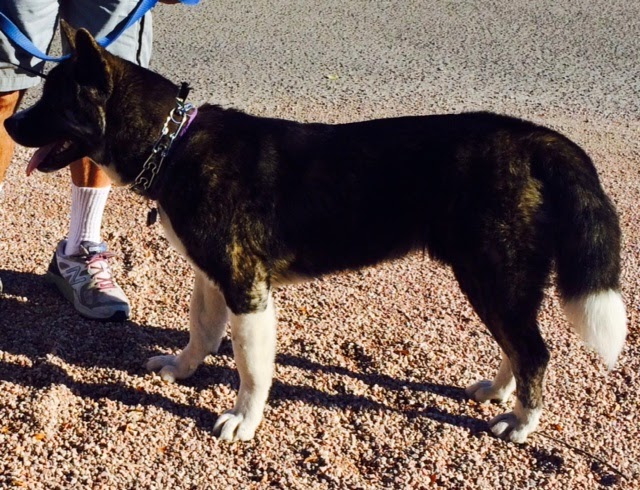 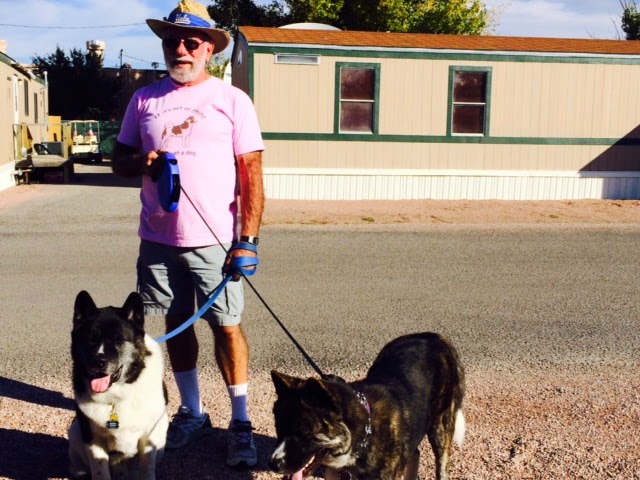 Unable to find healthy lunch stops, J.J. and I had a picnic in Honu. 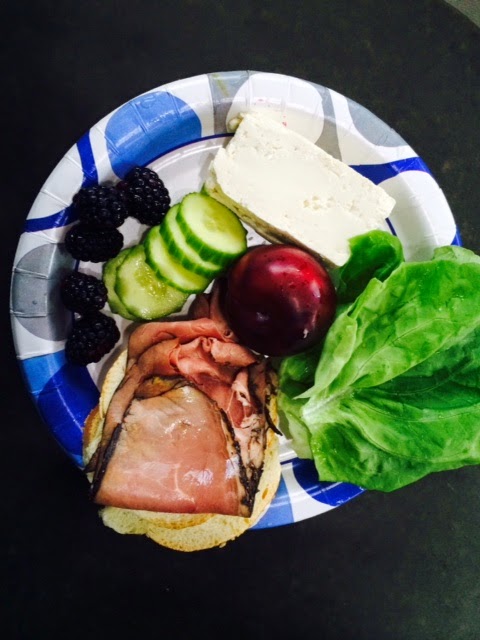 We passed a number of Casino/hotels and RV Parks located in the middle of nowhere. 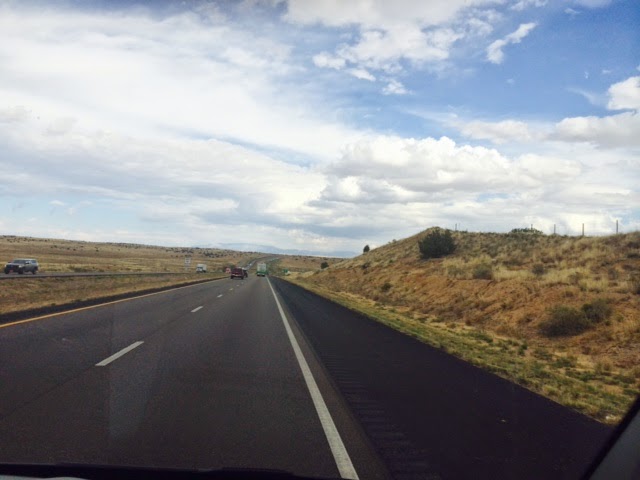 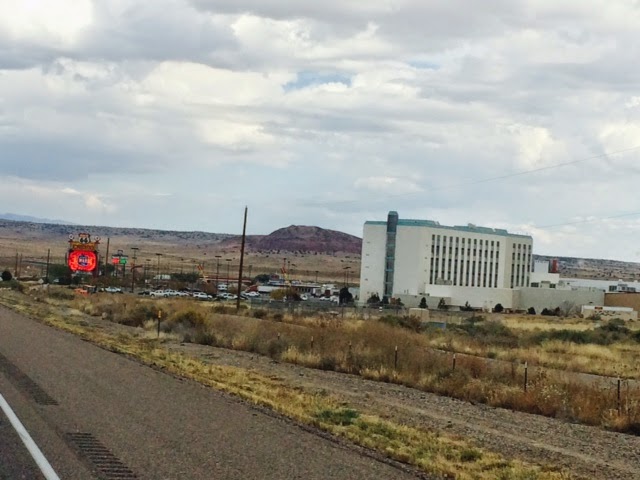 We are staying at High Desert RV Park just outside of Albuquerque. Upon registering, we were assigned Site #406 but there was a car parked in our stall. After informing the office, we waited in Honu. The manager came running out all apologetic and gave us another site which is closer to the office. 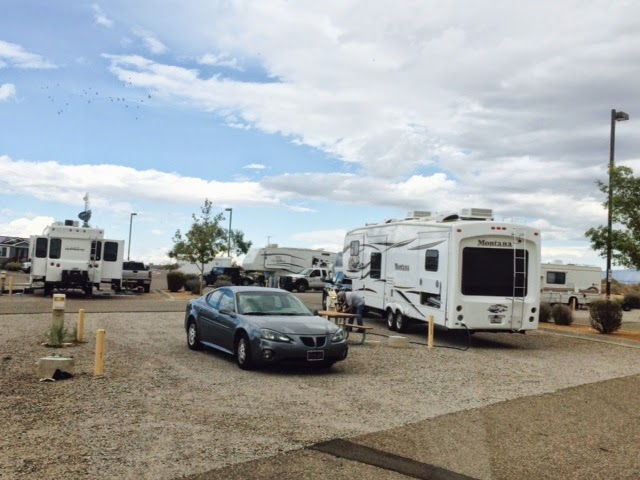 Albuquerque is known for its International Balloon Festival held each year during the first two weeks of October.  More than 2,000 balloonists participate. We were informed by people we met at another RV park that this year the weather was not cooperative. Many balloons were blown to their side and could not take off.

This RV park offers nice amenities including a kitchen if you would like to prepare elaborate meals. 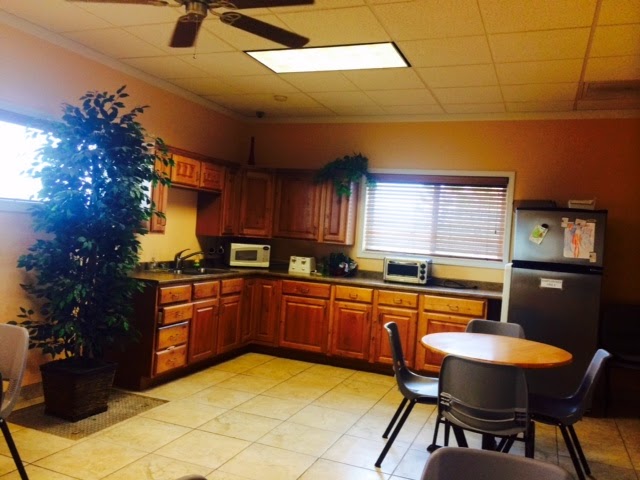 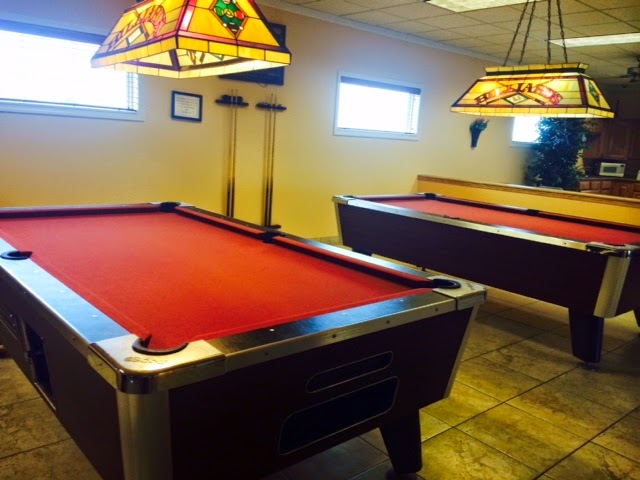 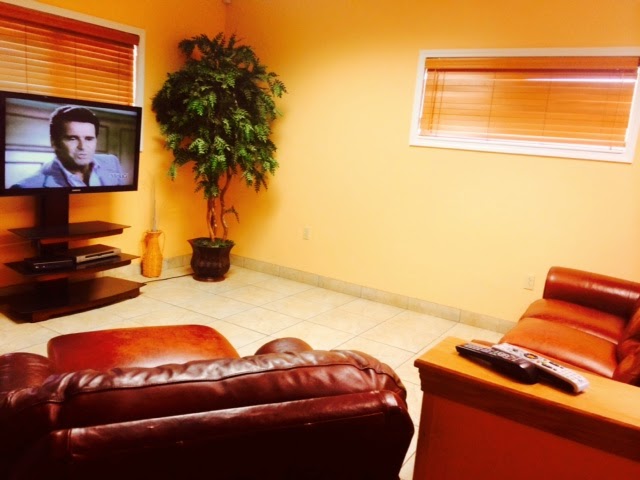 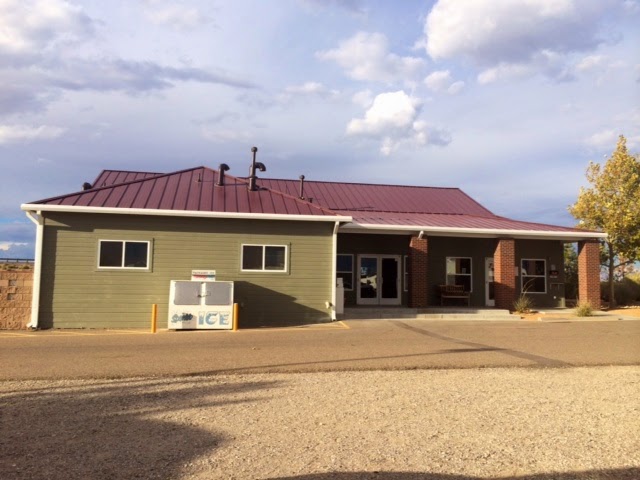 One peculiar line in their Guidelines For An Enjoyable Stay, it states, "Without prior approval of management, any vehicle which detracts from the intent, purpose and general appearance of the park is not allowed.  This includes any RV over 10 years of age." While there are many large, newer RVs, we saw quite a few older models which must have obtained prior approval of management for their stay :-). 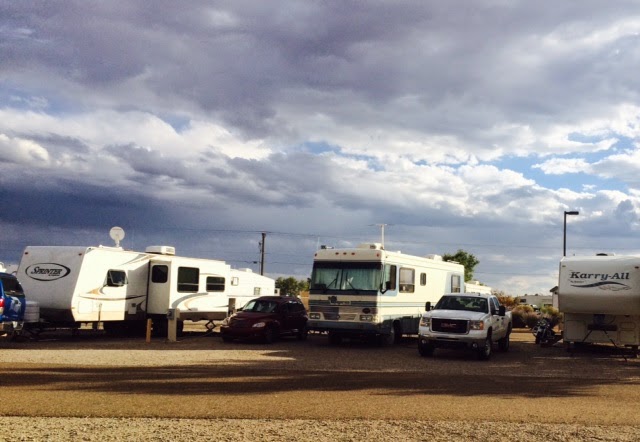