We skirted Albuquerque to evade Monday morning commuter traffic and drove on I-25 South. Miles and miles of incredible open space is a wonderful opportunity for me to practice meditation and sitting Kundalini Yoga. After nearly 5 months of living in Honu, J.J. is accustomed to my daily practice starting with HUD Kriya. 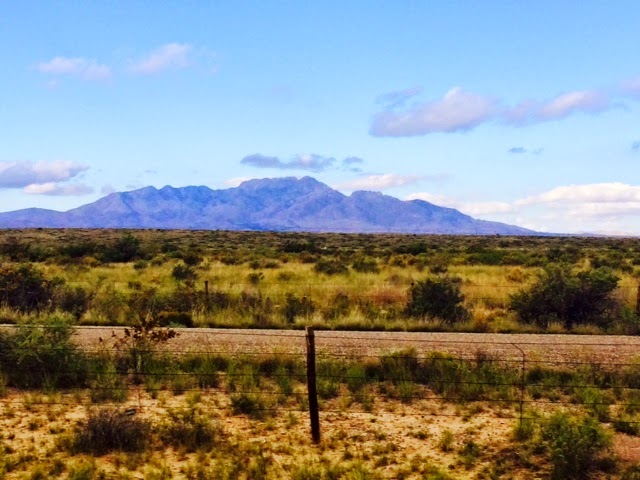 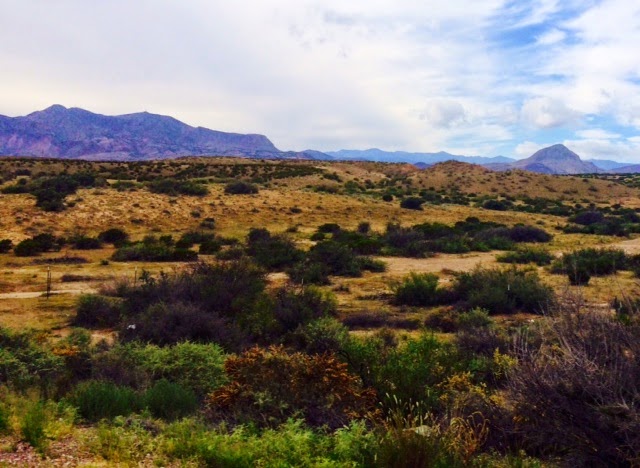 Our first stop was an early lunch in Socorro, a small city located in the Rio Grande Valley. According to the U.S. census, in 2012, the population of Socorro was 8,906. 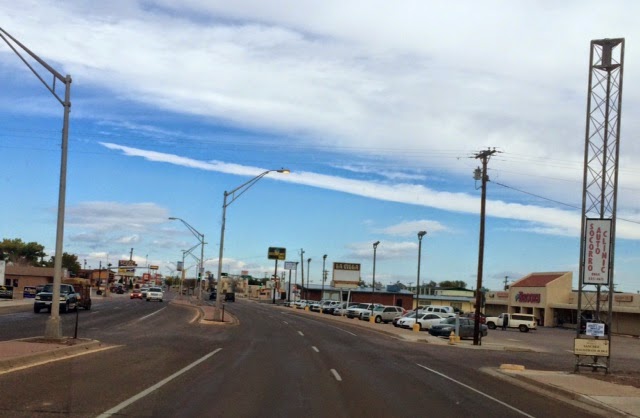 As usual whenever we are looking for a good restaurant in an unfamiliar city, J.J. would drive up & down main street to observe which eatery has a parking lot full of cars.  In Socorro it was El Camino Family Restaurant. 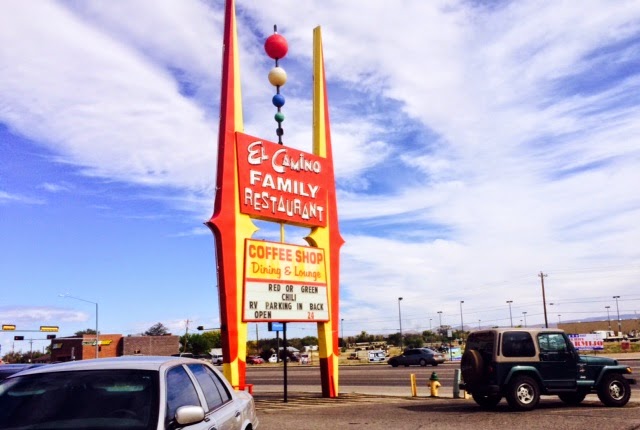 It was only a little after 11:00 am so I ordered breakfast food while J.J. had Beef Enchilada. This part of the country, meals are huge. My breakfast came with 3 slices of French Toast, 2 (very large) scrambled egg, 3 pieces of bacon and hash brown potatoes. Even after J.J. pitched in, 40% of the food remained uneaten. Here is Carrie bringing our order. 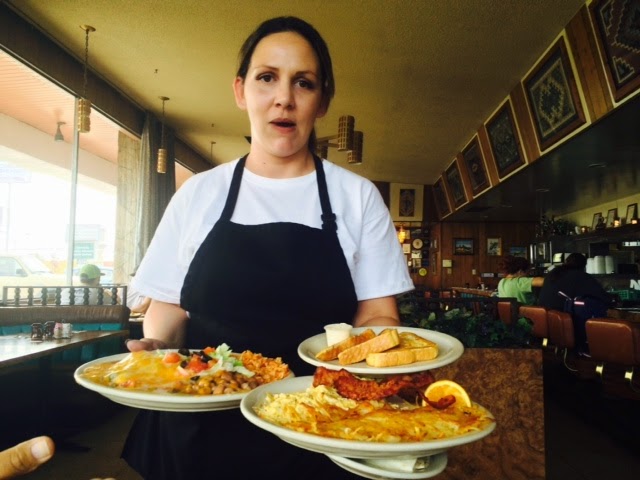 We passed a road sign that says "Truth or Consequences". What a strange name for a town and we were ready to investigate. Unfortunately, the road was closed due to highway repairs so we continued on South. 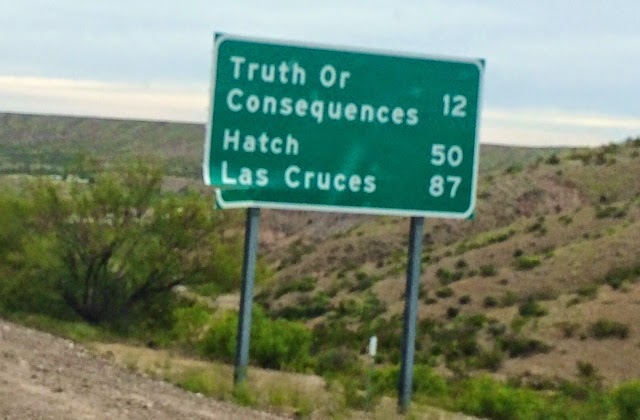 1.  New Mexico (Spanish: Nuevo México and in Navajo: Yootó Hahoodzo,
2.. New Mexico is the 5th largest in size, the 36th most populous, and the 6th least densely populated of the 50 states.
3.  New Mexico is one of the top pecan producing states in the country along with Georgia and Texas.
4.  New Mexico, in 2008  had the highest percentage (47%) of Hispanics.
5.  In New Mexico, 64% of the population speak English, 28% Spanish and 4% Navajo as their first language. 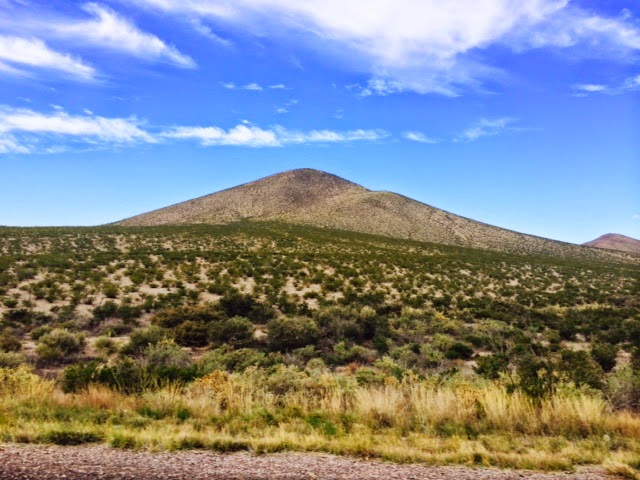 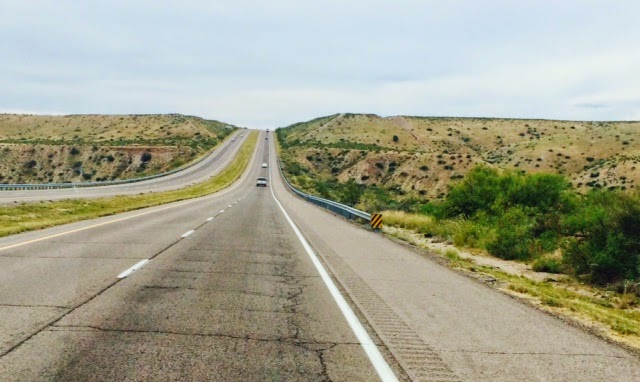 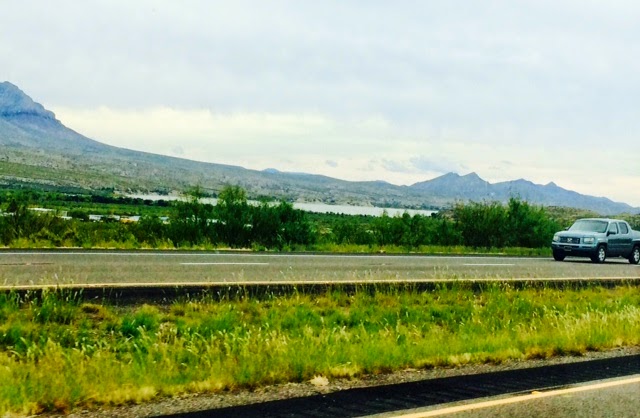 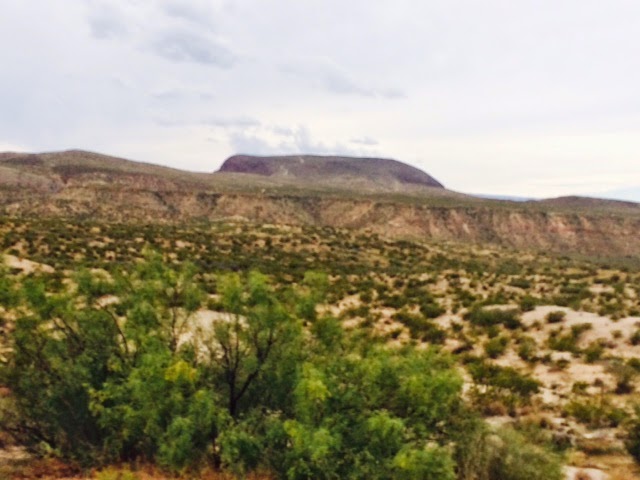 Tonight we are staying at Sunny Acres RV Park in Las Cruces, "The City of the Crosses." There were a lot of political signs on residents lawns as they gear up for the November elections. 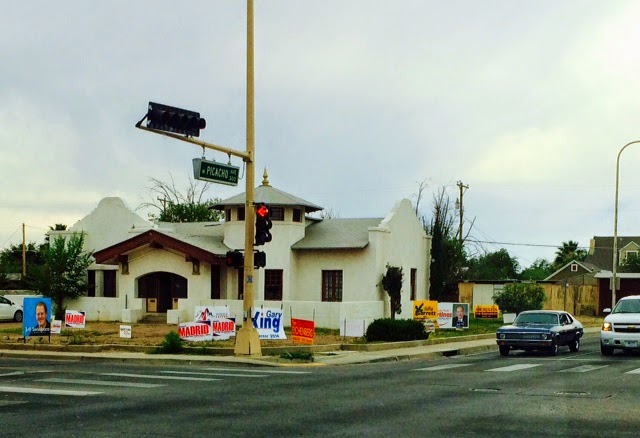 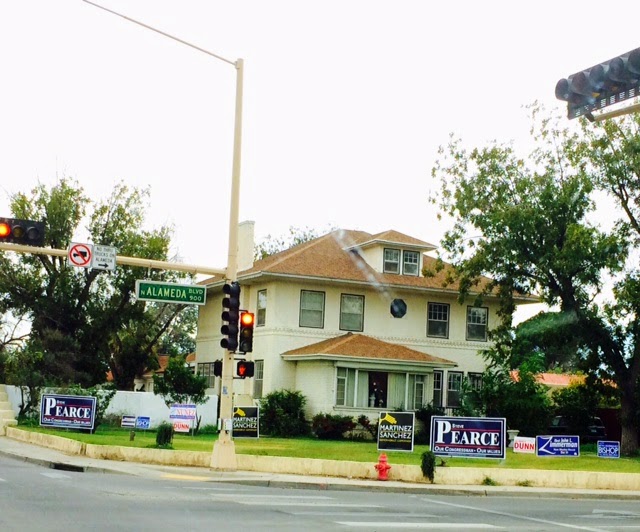 The Organ Mountain is a very prominent landmark in Las Cruces. The ragged peaks I photograph are called "The Needles'. 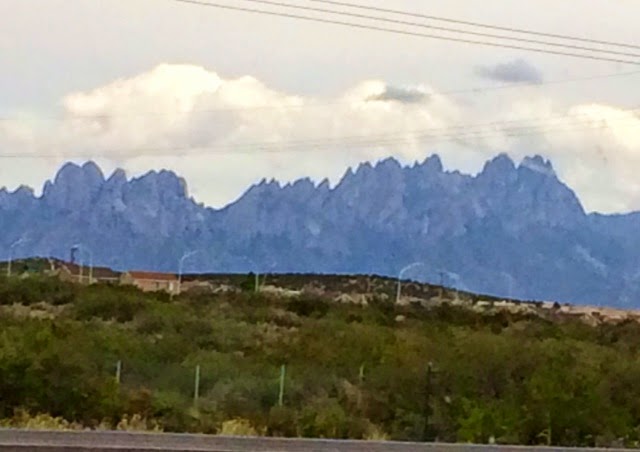 Michele does "work camping" and spends two days a week helping customers in the office. She was very nice and helpful. 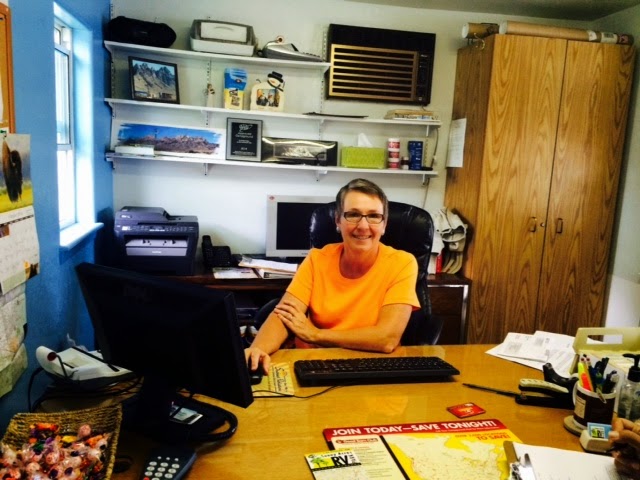 One thing that we don't understand is that in addition to 7.94% sales tax, there is also 5% hotel tax on our bill. Basically when we stay in RV park, we literally rent a parking area with hook-up of electricity, water and waste dumping. So how does the state figure that it is a hotel?

Tonight JJ and I will weigh our option of taking Highway 70 to Alamogordo passing White Sands National Monument then to Artesia or go down to El Paso, Texas. Our final destination for tomorrow's adventure is Carlsbad Caverns National Park.