When the two of us first heard that the RV Park we will be staying is located in Poulsbo, J.J. and I almost simultaneously uttered, "Hmm, it sounds Scandinavian." Well we were right. Poulsbo was founded by Norwegian immigrants in the 1880s. Because of the area's similarities to their native countries -- water and green mountains, Poulsbo, in its early years was settled by a large number of Norwegians as well as by other Scandinavians.

An impressive stone Viking Statue stands looming over the sign, "Velkommen til Poulsbo." The historic waterfront town has street names such as Lindvig and Fjord and enjoys the nickname of "Little Norway." Some of its old timers still speak with heavy Scandinavian accent, reminiscent of the time when Norwegian was once the only language spoken in Poulsbo. 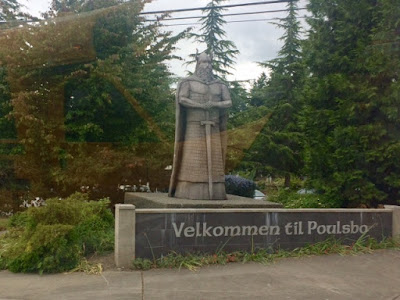 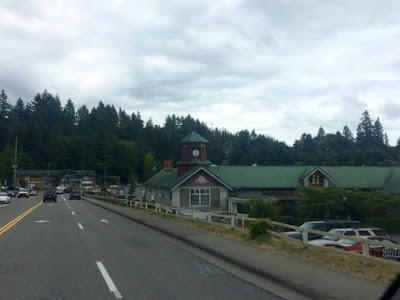 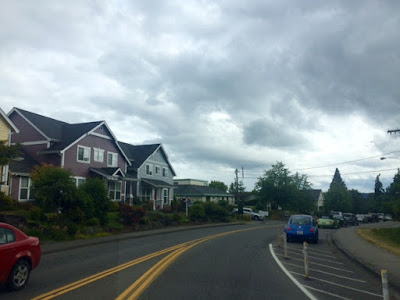 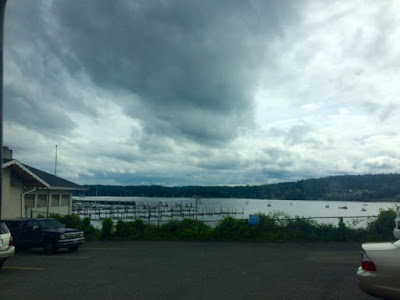 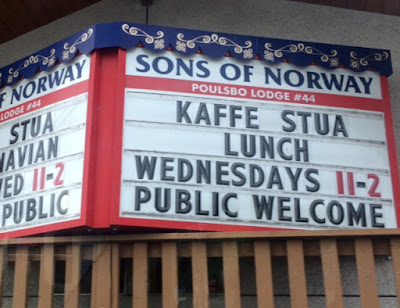 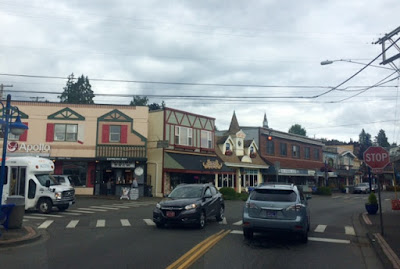 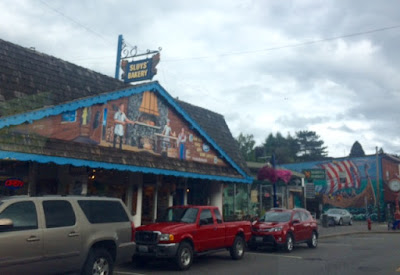 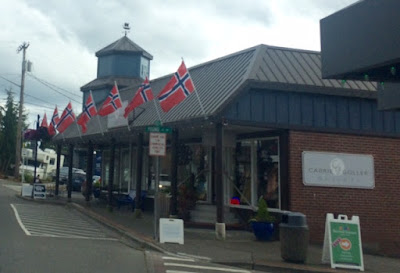 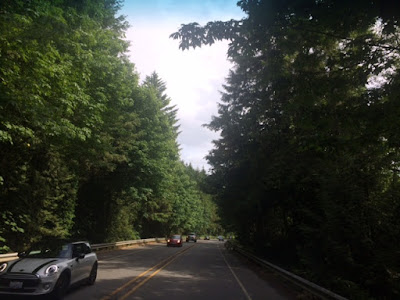 J.J. and I found our way to the Safeway located in Bainbridge Island. While I waited for J.J. to come back with his purchase, Honu attracted another curious passerby. Michael and his wife have lived and worked in Maui and also has a connection to San Diego. When J.J. returned from shopping he invited Michael to take a look inside Honu. We wish him and his son well whether finding a perfect motorhome or constructing one from scratch. 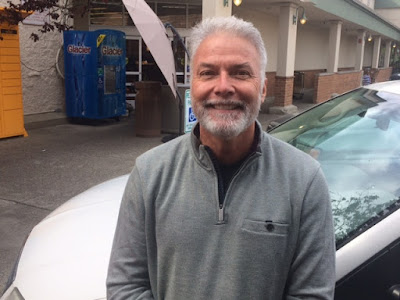 Regarding our unpacking task, we have gone through 4 more boxes, but our progress was slower today.
Aloha -- Cathi