Bosque de Chapultepec is nearly 1,700 acres located in the center of Mexico City. Though officially referred to as a forest, people often call it a park. Locals pride themselves of having the largest park in Mexico and America. When they learn that you are an American, with pride they let us know that it is larger than New York City’s Central Park. 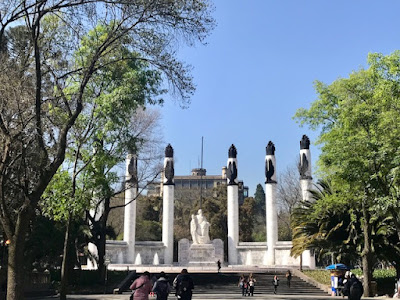 The vast open space is impressive. Aside from offering residents an immense area for rest and recreational activities, Bosque de Chapultepec has a very important role of replenishing oxygen to the residents of Mexico City. 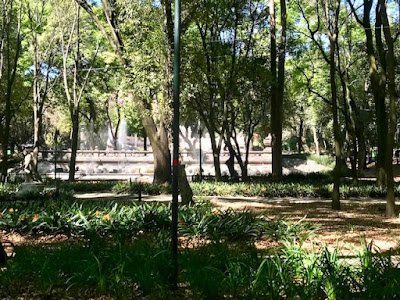 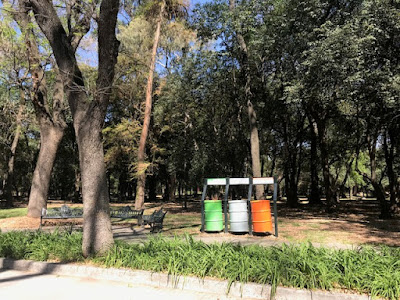 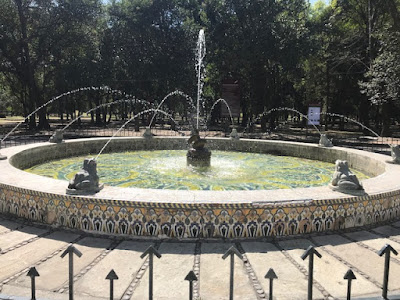 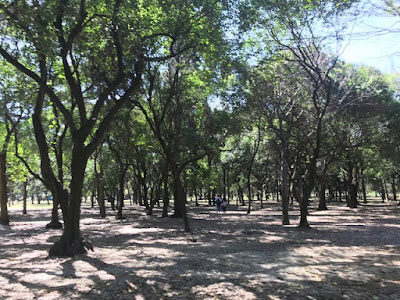 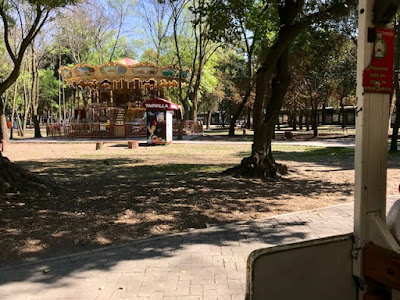 An electric train was getting ready for a trip around the park. Happy that the two of us did not have to cover the distance on foot, we gladly paid 25 peso (US$1.39) each and hopped on the train. Recorded guide explanations gave an overview of museums, fountains and notable trees. 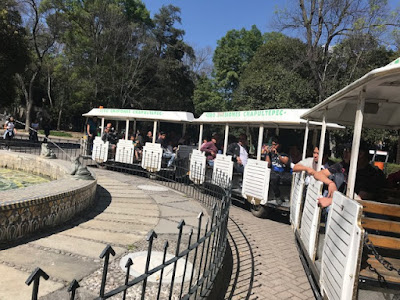 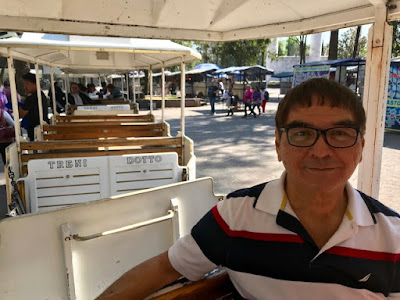 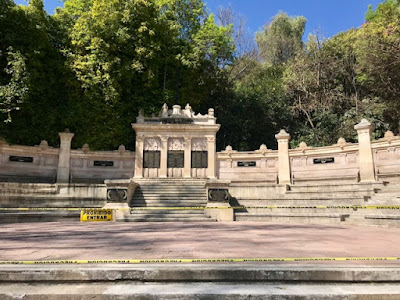 Here is the Mexican cypress tree planted circa 1460. Fondly known as the“Sargent,” the tree is no longer alive, but its thick trunk measuring 130 inches in circumference is still attracting visitors. 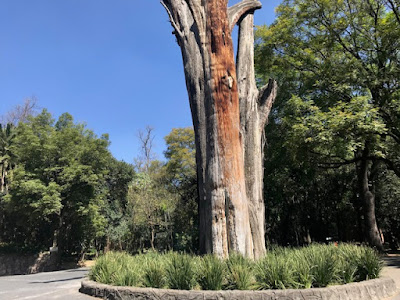