Added to the UNESCO World Heritage List in 1987, the Templo Mayor is an important site located in the Zocalo and must visit places in Mexico City. 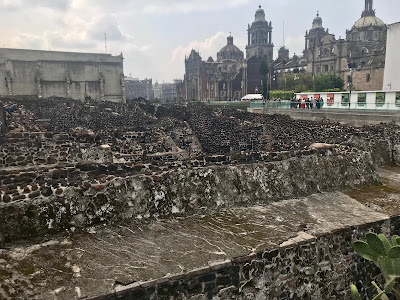 J.J. and I paid $75 Mexican Dollars (US$4.17) per person to enter. If you have a residency card for Mexico, the fee is waived. Today, being a Sunday, the site was packed. 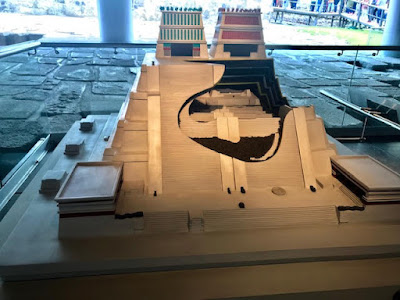 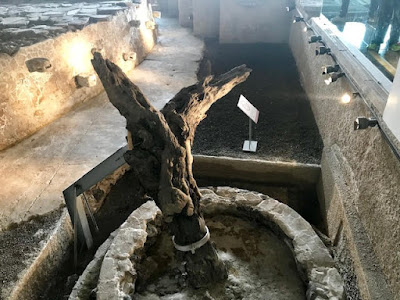 Prior to the arrival of Spaniards in 1519, inhabitants of Mexico were indigenous tribes who spoke different languages and lived under their own social and economic structures. The Temple Mayor was in the capital city of Tenochtitlán. The Aztec capital was besieged and razed and a new Spanish capital was established. 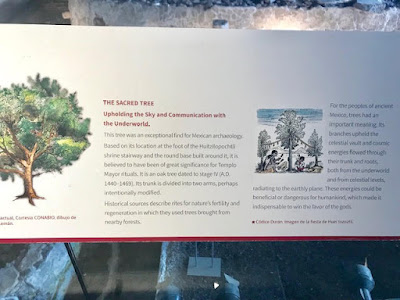 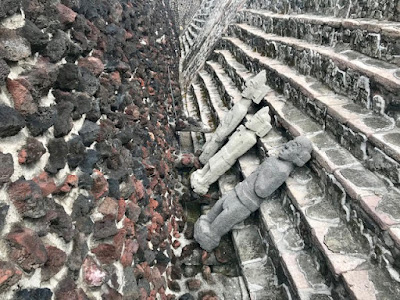 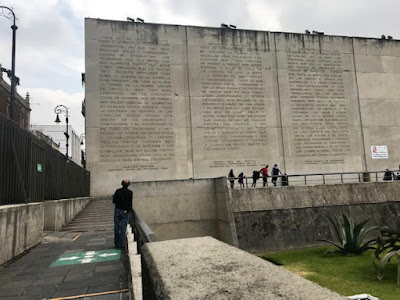 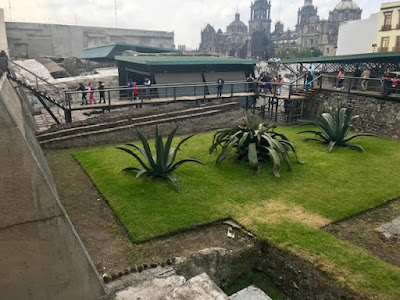 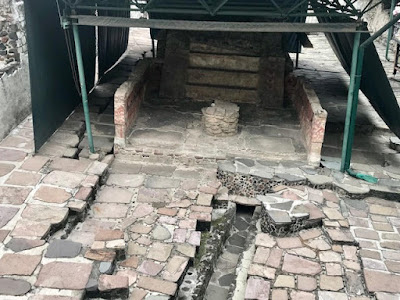 Extensive excavation somehow came across to us as “models” rather than a true representations of Pre-Hispanic Mexico. Some of the artifacts appeared to be reproductions. They were not convincing and lacked truism compared to the remains of Mesa Verde cliff people of Anasazi in Colorado or the ruins of Mount Vesuvius in Pompeii. 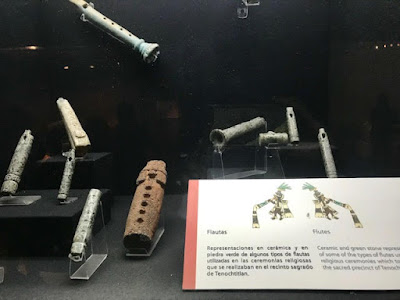 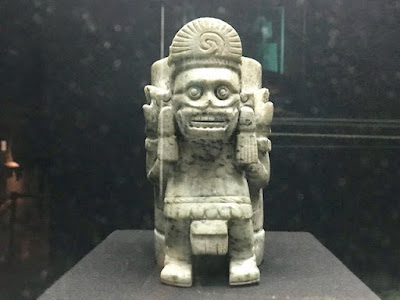 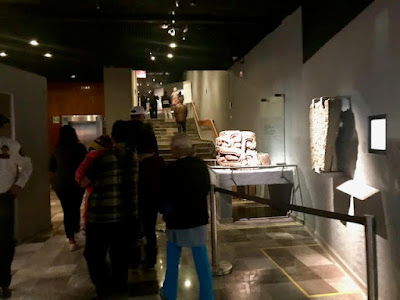 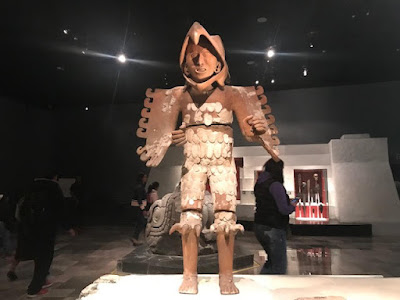 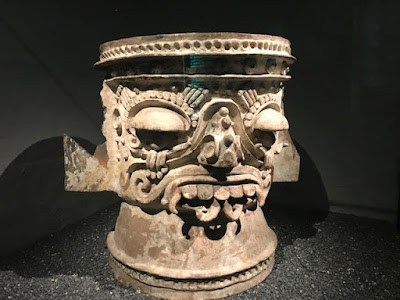 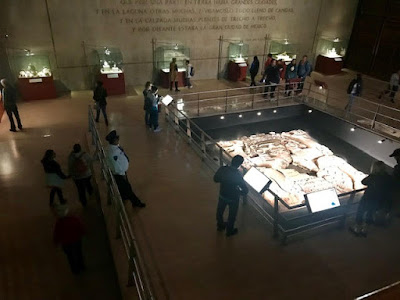