Its full name translated into English is:The Metropolitan Cathedral of the Assumption of the Most Blessed Virgin Mary into Heaven.

J.J. and I approached the cathedral by crossing the large open plaza. As in all of Centro Histórico, police presence is highly visible. The Mexican government is very aware of the negative impact when a crime involves tourists. Therefore, nearly at every street corners, we see two or three police officers watching pedestrians and motorists. Do we feel safe here? The two of us are always mindful of our surroundings and it is as safe as any other large city. 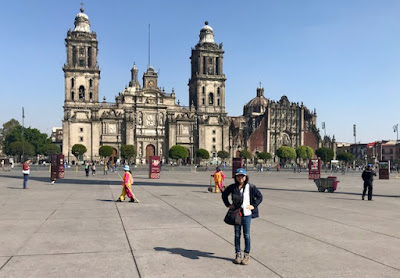 The cathedral was built on the site that was sacred to the Aztecs. As with any conquerors, Spaniards reclaimed the stones from the Aztec temples asserting that they now have the right to Aztec land and its people.
The cathedral was the place for social and cultural activities and a site for protests. On November 17, 2007, about 150 people stormed into Sunday Mass. They were sympathizers of a leftist political party, causing the closure of the cathedral for several years until additional security measures were placed and damage restored. 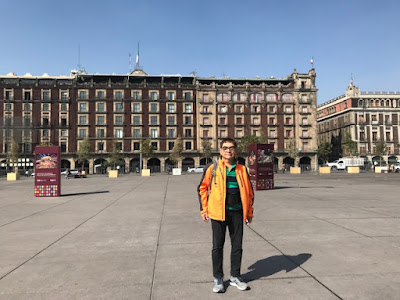 The two of us entered the church with no security check points or bag checks. As a deference to entering any religious sites, I removed my baseball cap and took photos with no sounds or accompanying flash. 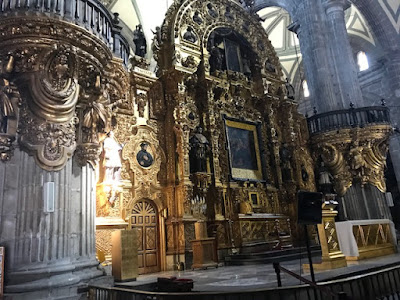 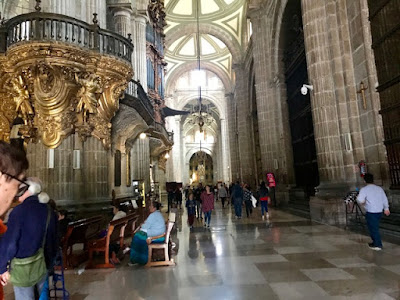 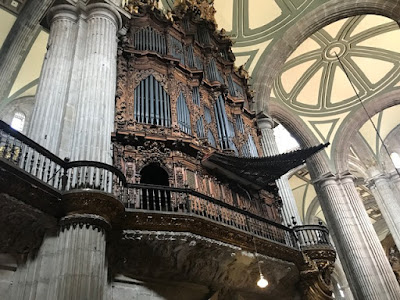 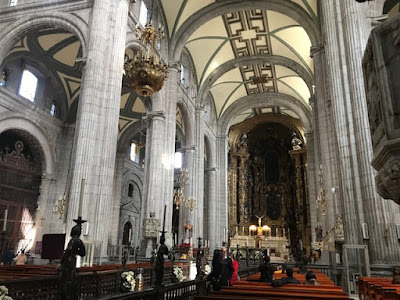 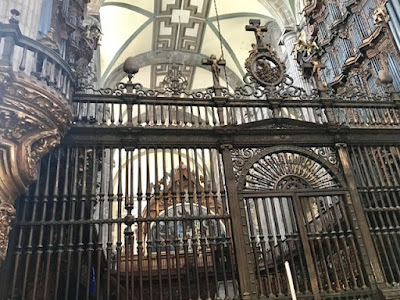 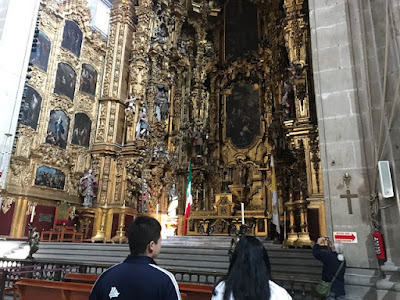 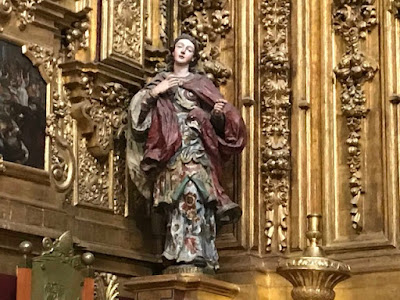 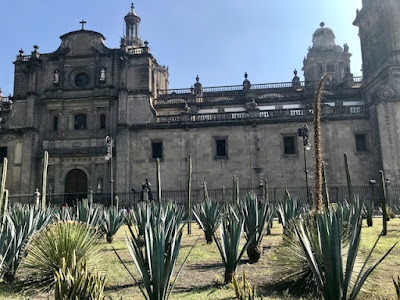