Located adjacent to the Metropolitan Cathedral, the Palacio National and home for Mexico’s president, takes up the entire side of the Plaza de la Constitución square, also known as El Zócalo. 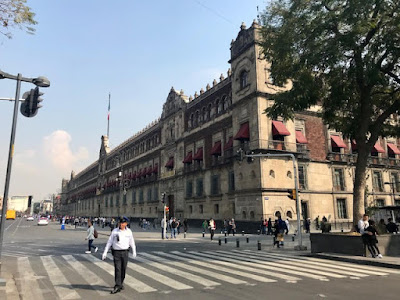 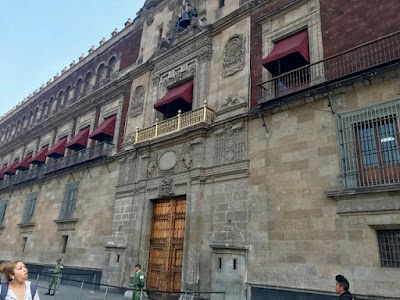 It took us 8 minutes of easy walk from our hotel. There were indigenous people camped in front of the palace protesting against the Mexican government’s discrimination. 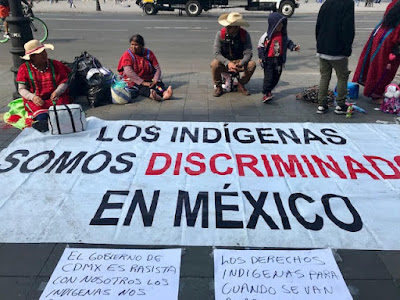 We also saw an Indian tribal group performing purification rituals, inviting onlookers to participate, in exchange for a donation. The area was chaotic with loud drumming sounds and the air infused with the powerful scent of incense. 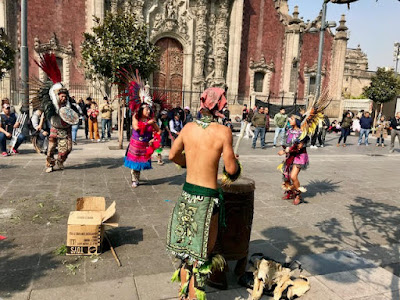 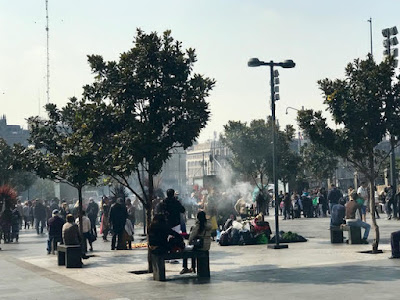 The current president said the palace belongs to the people, so he opened it to the public. For us to enter, J.J. had to give a photo identity. We then walked through a metal detector. J.J. then surrendered his backpack at a locker room, but I was able to keep my shoulder bag after I removed my baseball cap :-)

Once inside the thick walled palace, you are in another world. The two of us sat for awhile in a garden to enjoy the peace and serenity. The only sounds we heard were birds singing. 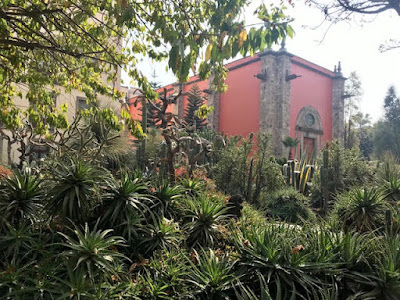 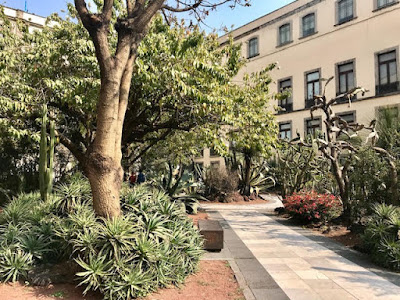 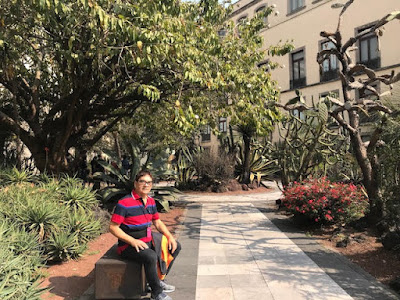 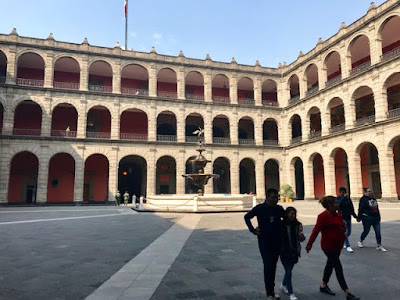 For general visitors, the main attraction is the enormous murals by Diego Rivera. One stairways contained his colorful murals. Student groups sat on the stairs seemed mesmerized as they intently listened to their teachers recount the humiliation and injustice suffered by their ancestors, as depicted in his work. 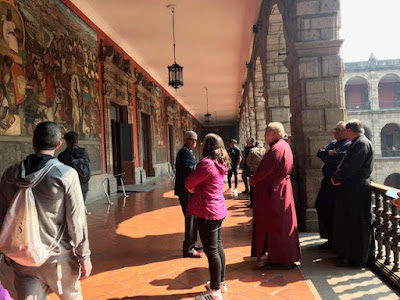 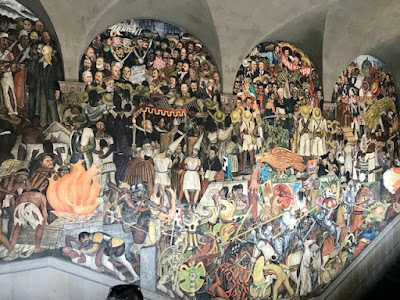 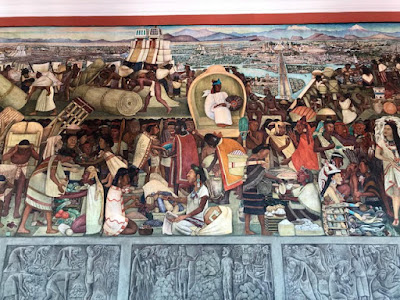 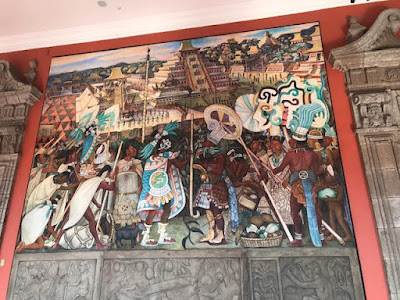 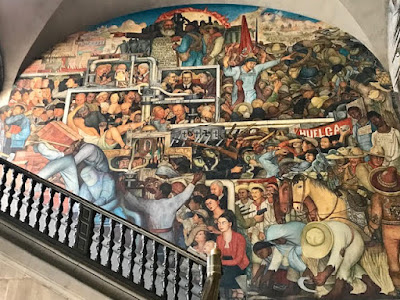 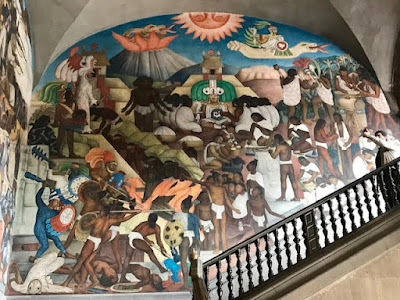 Palacio National requires multiple visits as this place offers so much to see. https://www.bluffton.edu/homepages/facstaff/sullivanm/mexico/mexicocity/rivera/muralsintro.html