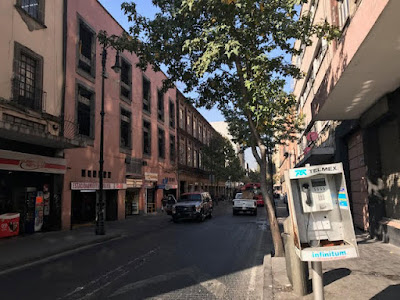 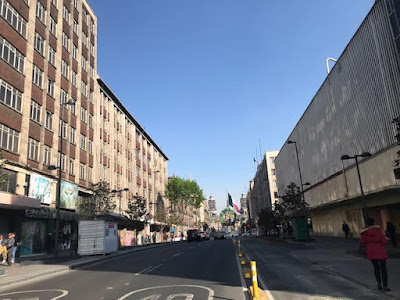 Entrance was free, but J.J. had to leave his small backpack and me my trusty black shoulder bag in a locker provided at the entrance. 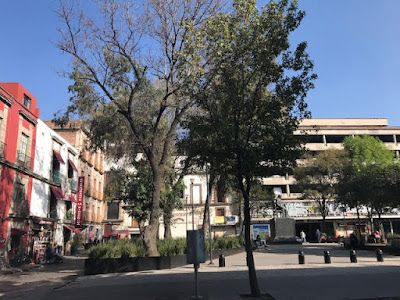 There is so much to see that our one-hour visit was too brief to view all the exhibits. I read there are 26 rooms dedicated to the history and development of Mexico City. However, less than half of the rooms were inaccessible this morning due to repairs and other reasons. 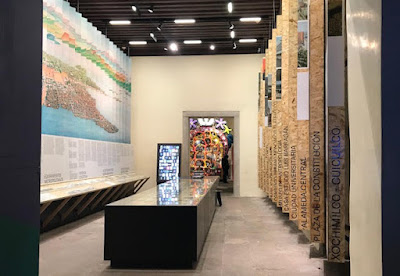 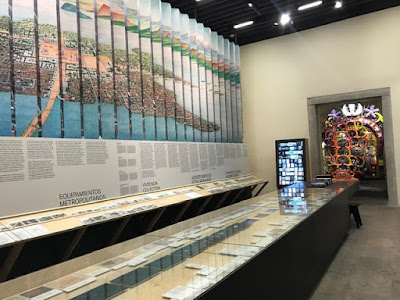 Most interesting and educational was the film about the water system in the Valley of Mexico. The film traced the river system as it was from the time of Tenochtitlán to Aztec Triple Alliances to Spanish conquest. Through graphics and photographs the two of us were able to follow the problems including water pollution, global warming and the various solutions that the Mexico City government is trying. Problems such as having sufficient portable water, enough wastewater treatment plants to satisfy an ever growing population is similar to the United States. 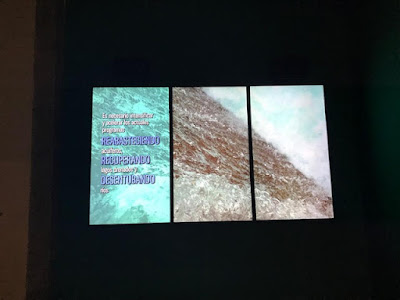 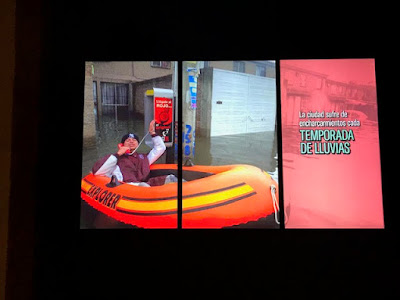 While J.J. waited for me in the grand courtyard, I went running up the stairs to see additional rooms. Unfortunately, with no clear directional signs in Spanish or English, it was confusing to maneuver through the former palace rooms. Many rooms were divided by multiple layers of curtains concealing doors. I stopped and ask several museum guards but all uniformly looked sour and unhappy and not at all helpful. 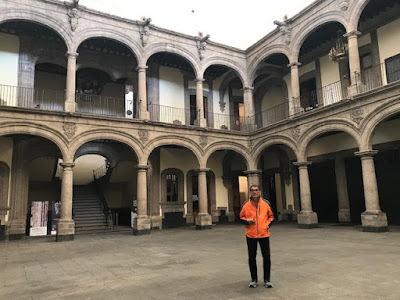 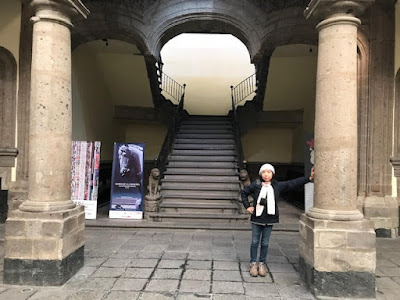 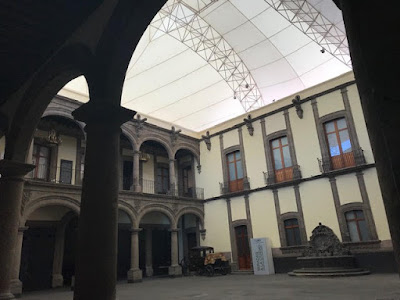 I was glad to see J.J. smiling when I ran downstairs and the locker room attendant who had a wide grin when he handed us our bags.