Circa 724, Cuenca was founded by the Moors. According to historians, the Moors took advantage of its strategic location between two gorges and they built a fortress called KUNKA. The hilltop was surrounded by a one kilometer wall which was impregnable at that time. The town’s people prospered in agricultural and textile products.

Numerous battles and sieges took places as one ruler after another tried to conquer Cuenca. Alfonso VIII of Castile is regarded as the liberator of Cuenca. 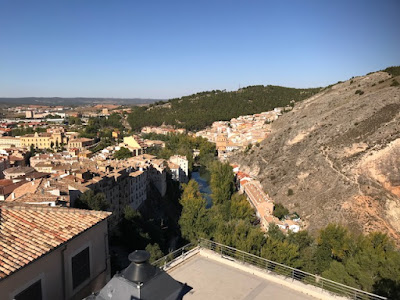 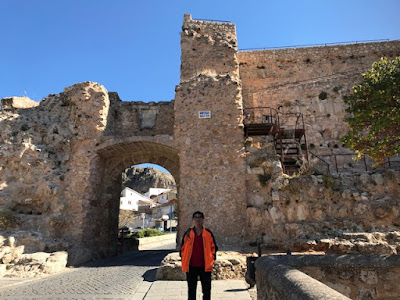 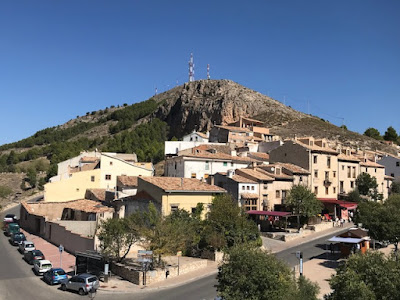 In 1183, the diocese of Cuenca was established and St. Julian, the second Bishop of Cuenca later became patron saint of the city. Turbulent periods of the history of Cuenca continued until the Spanish Civil War. 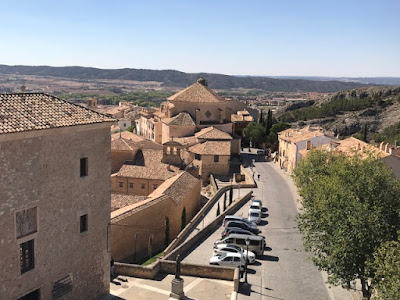 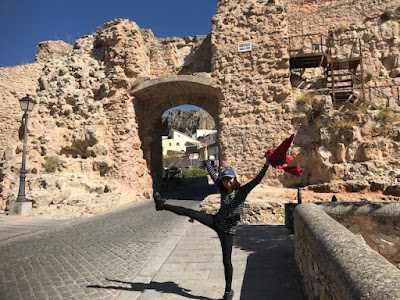 From 1960 to 1970, the town limits expanded far beyond the gorge to the flat surroundings. In 1996, Cuenca was declared a World Heritage site by UNESCO. Located within an easy day trip from Madrid, Valencia, Albacete and Toledo, Cuenca enjoys a growing tourism market. A visitor can get absorbed in its turbulent history, beautiful architecture including the emblematic building, Las Casas Colgadas (Hanging Houses), museums and monuments. If you time it right, there are several festivals led by San Julián Fair. They include parades and bullfights. 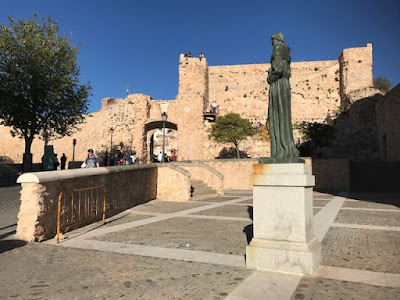 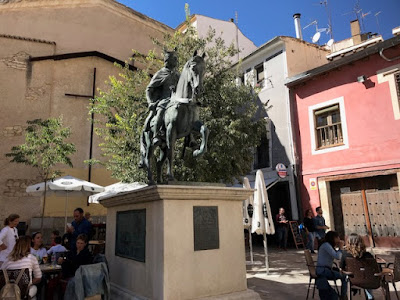 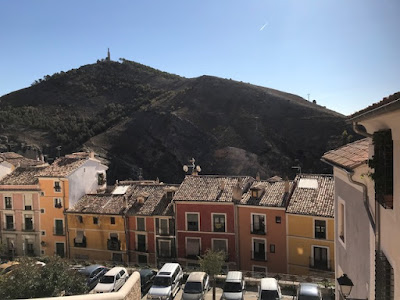 Cuencan gastronomy deserves a separate blog entry. J.J. and I have been enjoying a wide and varied menu. It is mostly superb with the exception of local traditional plates recommended by locals. We are not sure whether they really like these dishes or just want us to try them, similar to “natto” in Japan, “balut” in the Philippines and “chicken feet” in China. Not all natives eat them, but are suggested to visitors as MUST try!
More later about our adventures with native cuisine.
Aloha -- Cathi