The panoramic view of a huge gorge, El Tajo is stunning. Carved by the Guadalquin (river), the gorge separates the New Town from the Old Moorish Town. J.J. and I walked along the Hotel Parador de Ronda and came upon the Puente Nuevo (The New Bridge) built in 1793. This is by far Ronda’s most famous landmark. We saw some hikers walking along the midsection of the rocky hillside. I am very tempted to hike, but unless I get a chance to join a walking group, I would have to be content with the current view. 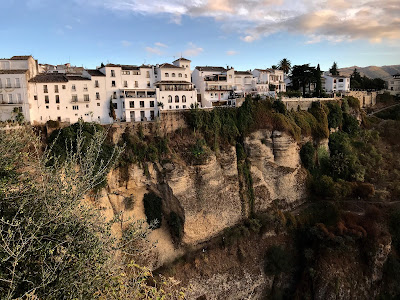 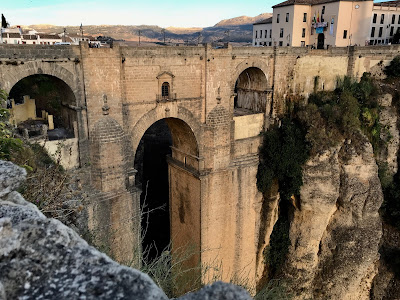 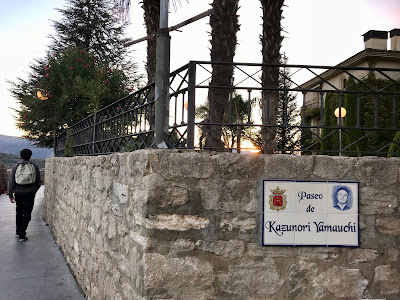 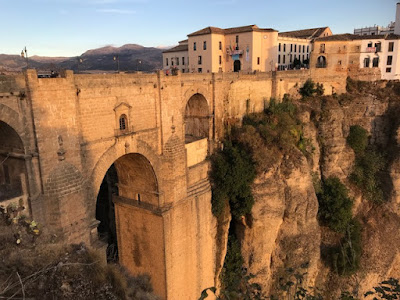 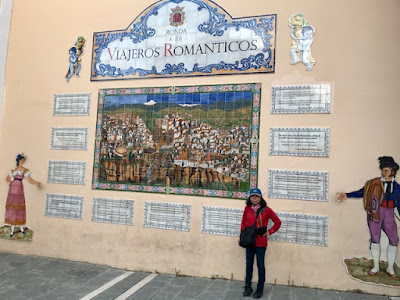 With the changing natural light, just moving short steps to right or left makes a huge difference in perspective of the gorge and the white hill town perched above. 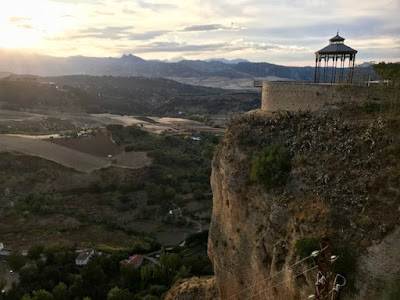 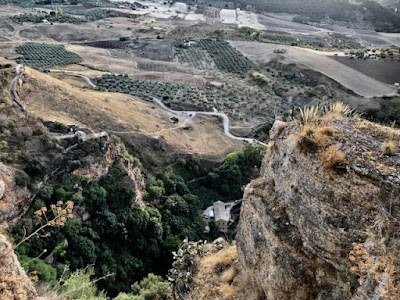 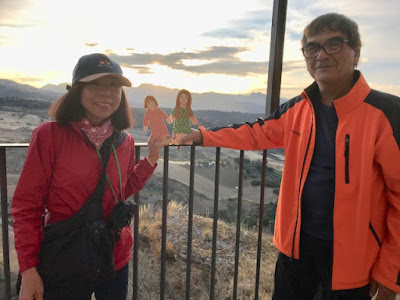 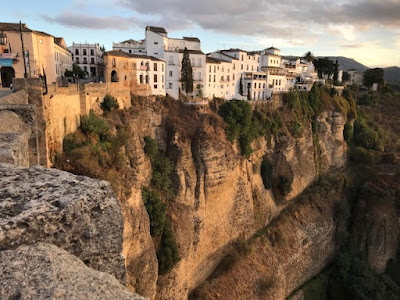 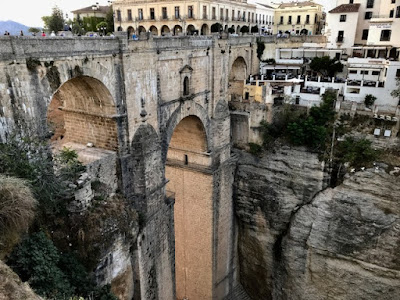 Coined by some as “the City of Dreams,” once the tour buses carry away masses of tourists, you can truly enjoy Ronda and her charm. The two of us love paseos in Spain. There are no cars, pedestrians take over to enjoy the promenade. Outdoor cafés, pastry and bread shops all try to invite people into their shops with delicious sights and scents. Because of the excellent weather, passerby’s are enticed to stop at tables and chairs for a drink accompanied by a few tapas. 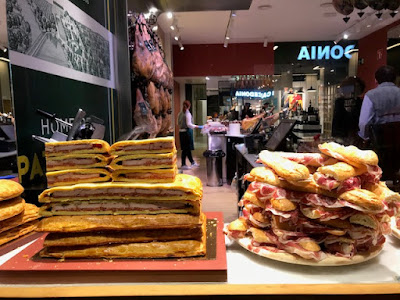 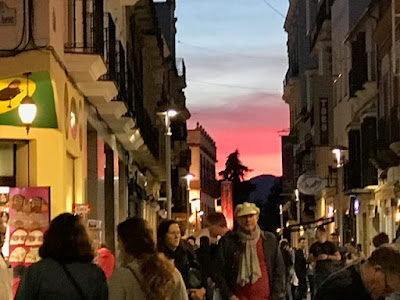 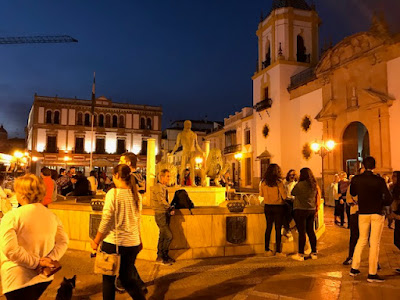