La Mezquita is one of the most important Islamic buildings in Europe.

But, just viewing from the exterior, it is deceptive as to its enormity. Appropriately described as the Mosque -Cathederal, this is more than a casual viewing of Islamic architecture. The combination of Hellenistic, Roman and Byzantine influences with later additions of Christian architecture is impressive. Each period of the monument’s history clearly stands apart yet together, columns, arches, domes, statues and paintings all seem to occupy their rightful places. 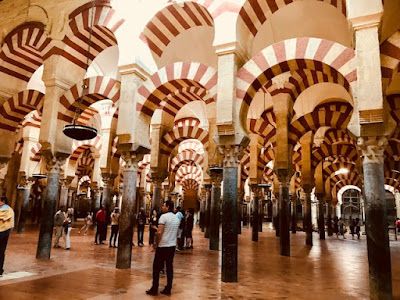 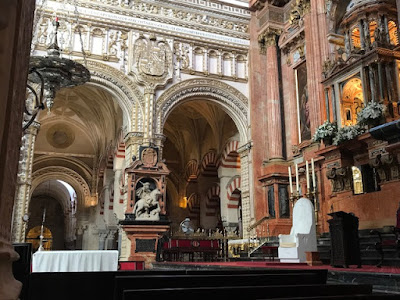 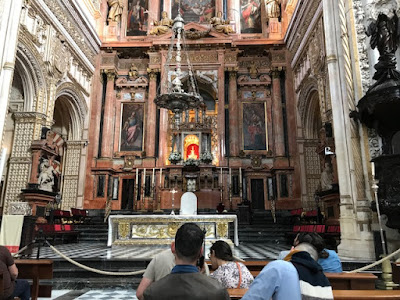 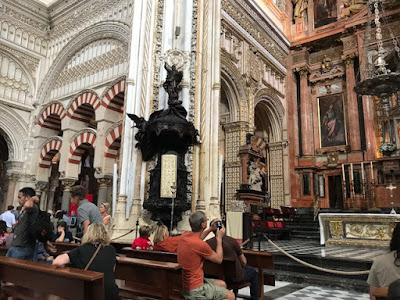 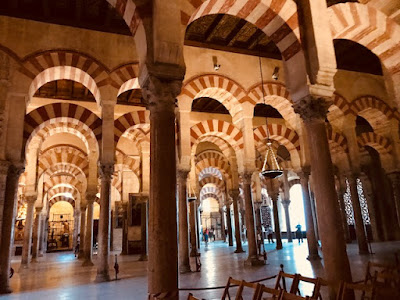 The original Mosque (786-788) was built by Abdal-Rahman. Three enlargements took place until 994. Then in 1146, the whole monumental site of the Old Mosque, after conquest, was dedicated as a Catholic Church. 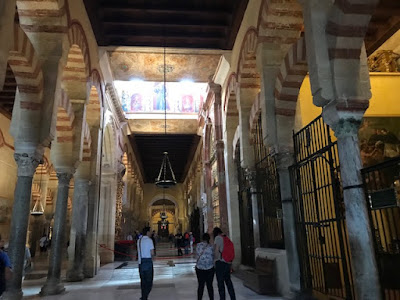 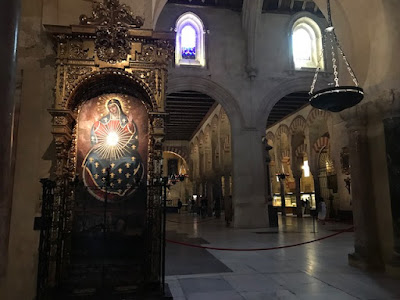 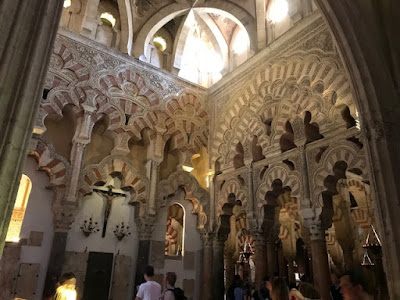 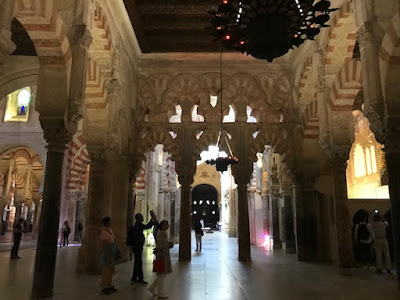 J.J. and I spent over an hour gazing and admiring its architectural grandeur. From time to time, we would sit at one of the benches to soak up the significance and immensity of the place and its history. 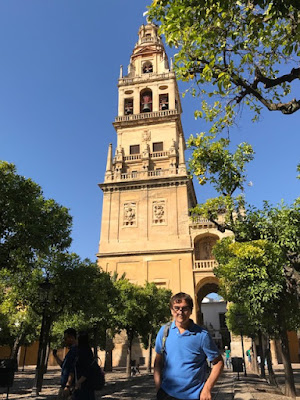 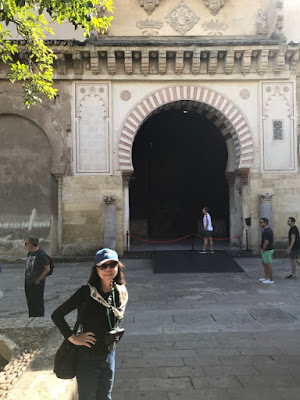 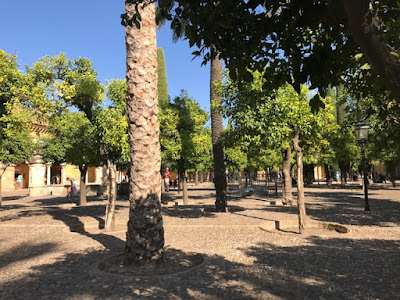 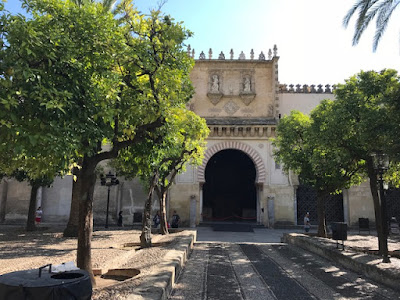 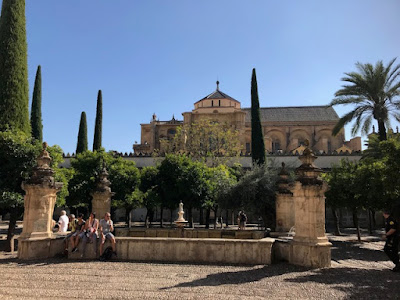