Ronda is one of five Andalusia White Hill Towns. It is also one of the biggest. The fact that Ronda is on a train line, merely 62 miles west of Málaga, makes it an easy overnight stop for many packaged tours. Our train passed through flat terrain dotted with vineyards. 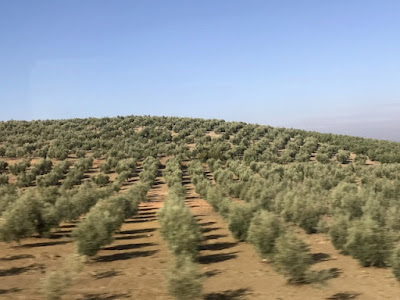 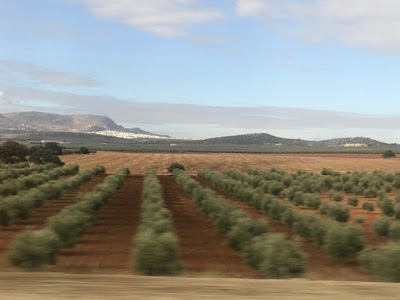 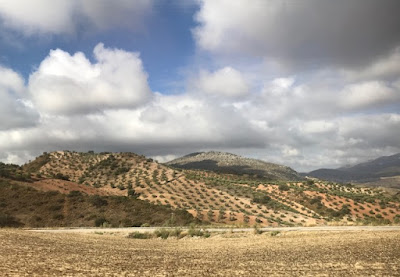 The taxi driver deposited the two of us on a busy street in front of Ronda’s famous Plaza de Toros. 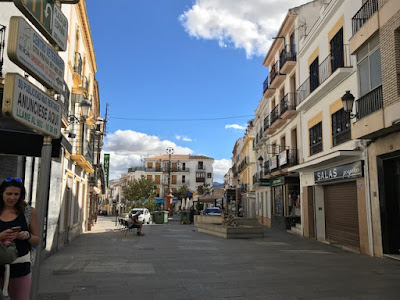 Our AirB&B is located less than a 2 minute walk. Too early to get the apartment keys, J.J. and I walked into a restaurant, Pedro Romero just on the opposite side of the bullring. Pedro Romero (1754-1839) was one of Spain’s greatest bullfighters. He also is credited for establishing the Ronda School for Bullfighting. The style he developed is still known today for its classicism and strict adherence to the rules. No idea whether this restaurant is in anyway connected to the famous Pedro Romero, but photos and posters on bullfighting covered whatever the walls. 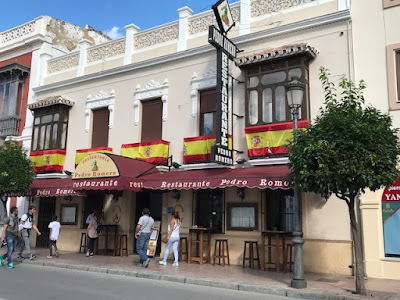 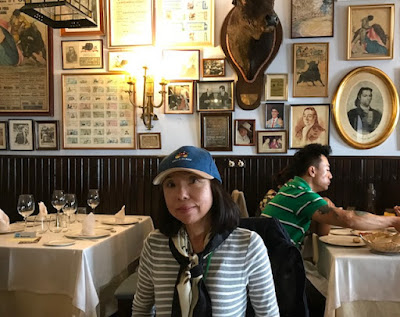 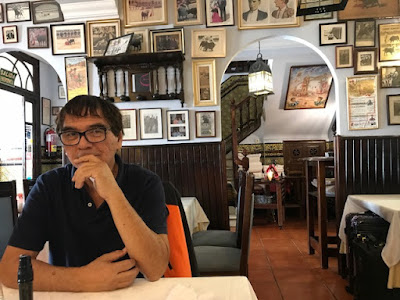 Our apartment is huge! There is a foyer, long hallway, master bedroom and bathroom, kitchen with dining area, separate living room and a guest room plus an outside enclosed laundry room. We are no longer accustomed to having so much living space. This is very different from living in Honu. It will take a little bit of adjustment for us not to be in the same room all of the time :-) 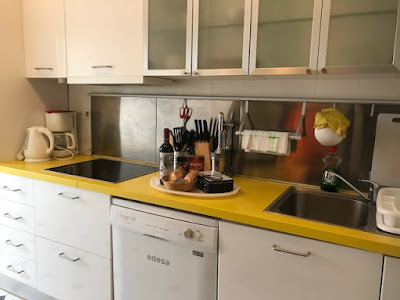 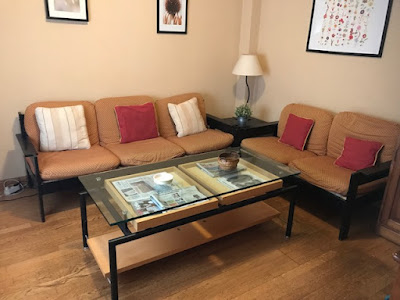 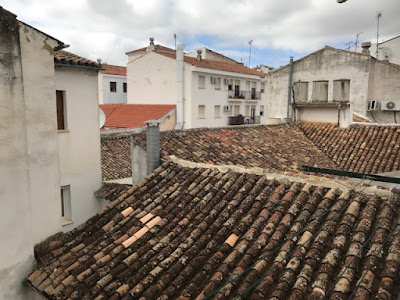 Here are some photo of street scenes within the two blocks radius of our domicile in Ronda. 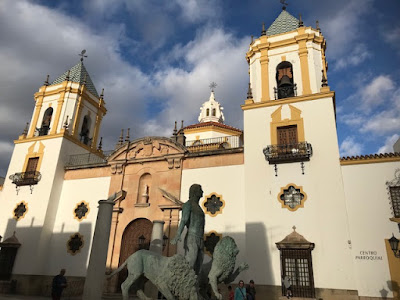 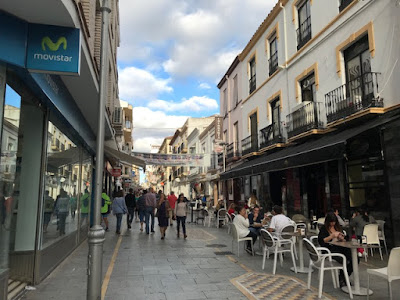 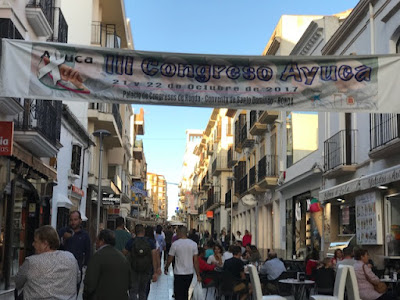 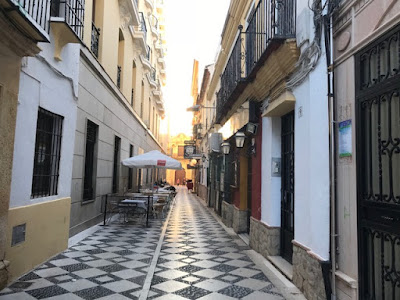 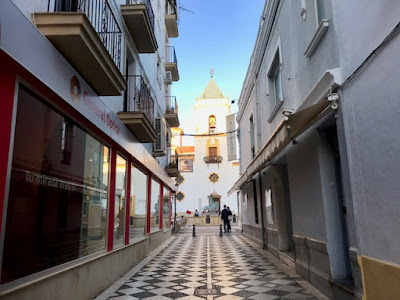