This morning to make sure that we wouldn’t miss out bullet train to Madrid, we arrived at the Fernando Zobel
Cuenca Station an hour early. So were Hilton and Debbie from California. The four of us shared some pre-departure moments. 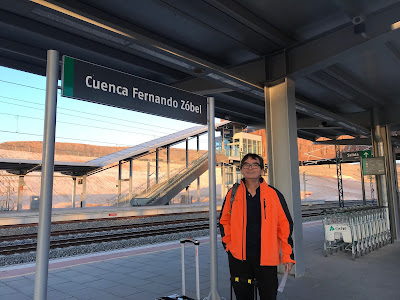 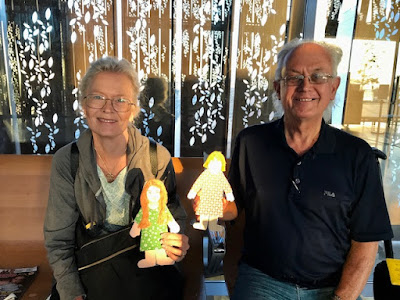 Toledo stands out from other major cities in Spain. One reason is its location. The city is perched on a high, rocky hill with the Tajo River surrounding three sides acting as a moat. 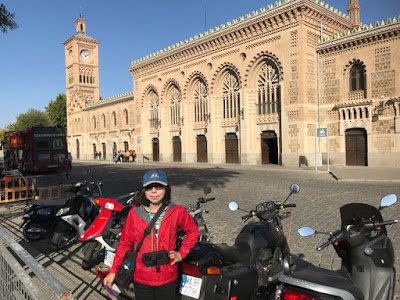 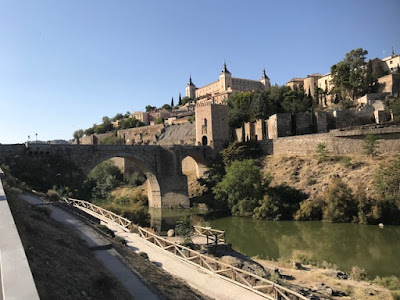 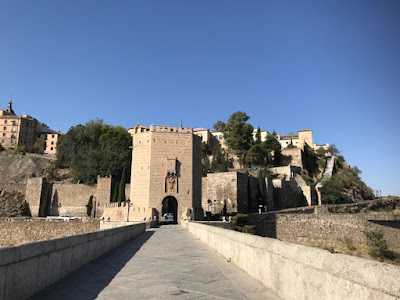 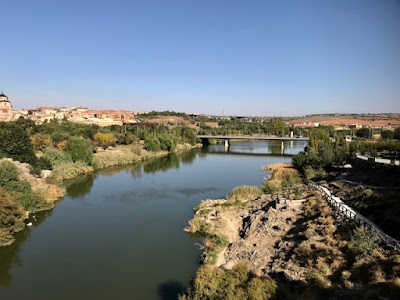 First impression of Toledo is that the city is extremely well-preserved and full of cultural heritage. The city itself has been declared a national monument. To continue to preserve its culture heritage, no modern building exteriors are allowed. 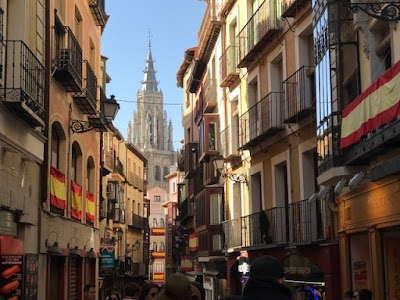 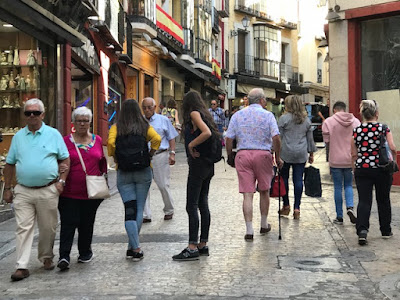 Too early for us to check-in, we left our luggage in our hotel lobby and walked to the Walled City. J.J. and I learned to add about 15 minutes whenever locals tell us “solo cinco minutos” (5 minutes only). It took us 20 minutes. 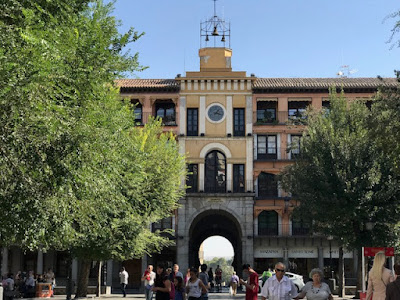 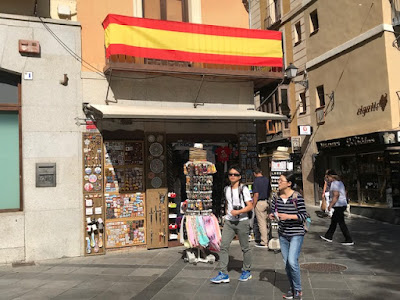 After we crossed the Puente de San Martín (San Martín Bridge) we reached a modern convenience built inside the walls of the centuries-old fortifications — escalators!!!  It is an amazing feat of engineering, an efficient method of moving tourists up and down, to and from the Old City. Tour buses are required to park below. I read that at peak season, the number of escalator riders can be as many as 40,000 a day! 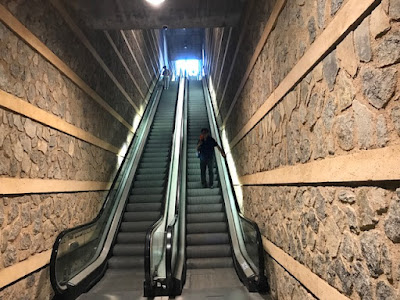 The walled city of Toledo is clean, walkable, but absolutely confusing even if you are faithfully following a tourist map. Toledo is filled with tourists day-tripping from Madrid, a mere 30-minutes train ride, as well as students of all ages. It is wonderful to see that the main sights were beautifully renovated a few years ago when Toledo marked the 400th anniversary of El Greco's death. (A separate blog entry on El Greco). 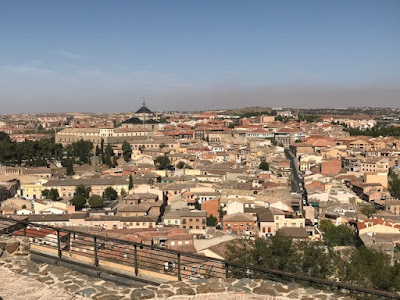 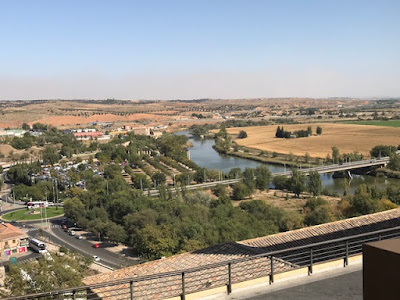 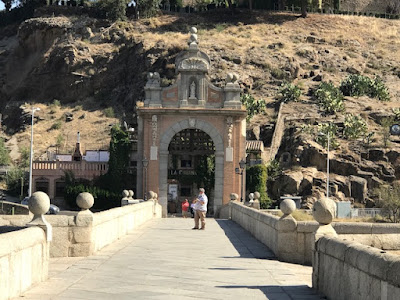 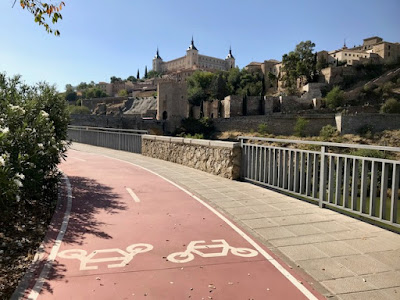 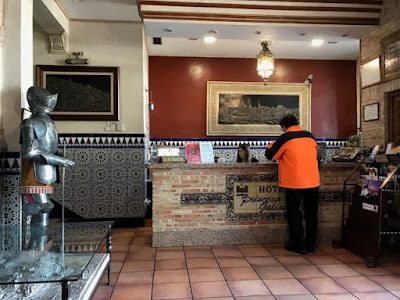