I am not an El-Grecophiles. I always had difficulty with the artist’s treatment of human figures. Recalling what I was taught in art history, I am beginning to appreciate El Greco’s passionate desire to distinguish himself from other artists of his time. His dark colors, elongated faces and bodies and the eyes of his subjects full of emotion and foreboding bad news, he certainly succeeded and made himself the most celebrated artist in Toledo.
The Museo del Greco (El Greco Museum) is located in the Jewish quarter of Toledo. This small museum opened in 1911 consists of two buildings, a 16th-century house with a courtyard and an early 20th century building. The house were mistakenly thought as where El Greco once lived. 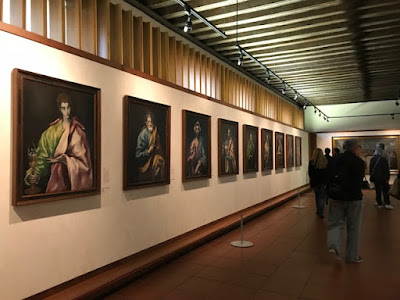 El Greco (Domenikos Theotokopoulos, 1541–1614), was born in Crete, Greece but spent much of his life in Toledo. Friends found his given name to be too difficult to pronounce and thus gave him the nickname, the Greek (El Greco). 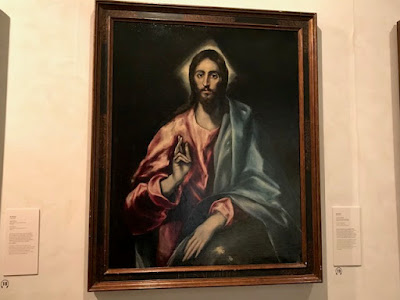 The painting of panoramic map of Toledo by El Greco was what I wanted to see. However, the one in this museo is one of his lesser known work. When I inquired the museum guard where I can see his more famous city plan, he shrugged and said to me in Spanish, “Not here. In the Metropolitan Museum of Art in New York!” I remember seeing it there but it would have been more meaningful if the painting was hanging in this museum of his beloved city! 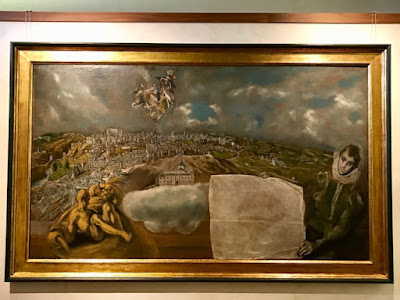 The Cathedral is striking. It is easy enough to find the building but to look for the designated entrance to access is another story. In intermittent rain trying to maintain our balance on the slippery cobble stones, J.J. and I walked nearly the entire circumference of the cathedral. Built after the Reconquista on the spot where a mosque once stood, interior was packed with tourists and their guides each raising their voices to one octave higher than the next. The Capilla Mayor with its intricately designed Gothic art was far more impressive and glorious than any photo reproductions. 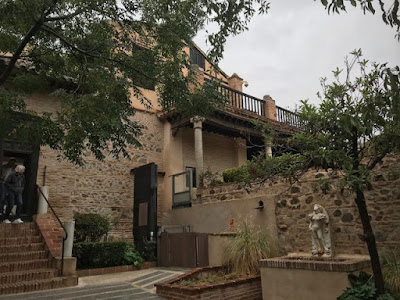 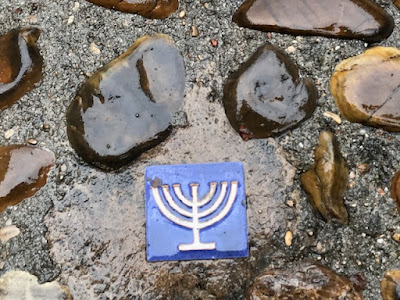 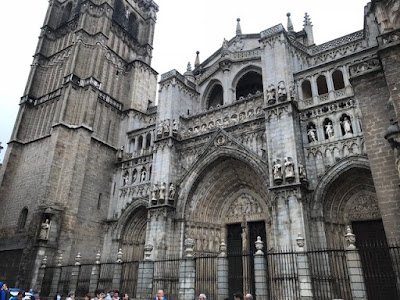 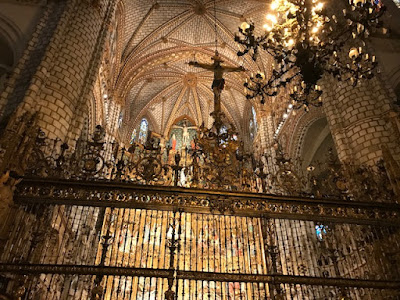 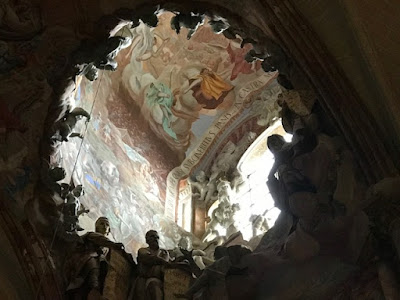 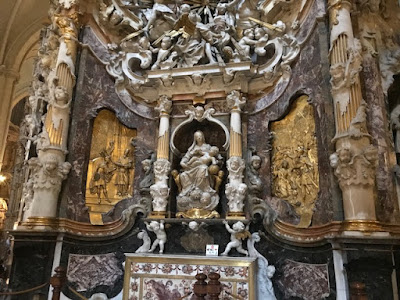 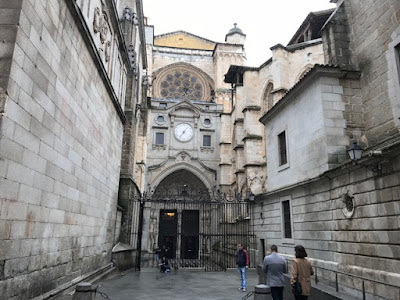