Highway 101 on the Oregon Coast, is a 364 miles journey. J.J. and I don't usually travel in a straight line so for us, we estimate that it would take us about 500 miles from Brookings Harbor near California to Astoria-Megler Bridge in the north.

This morning we started driving in typical Oregonian weather. It was cool at 52 degrees F, overcast with light fog. Within 10 minutes, we were driving in a dense fog where visibility at times was reduced to 15 feet. 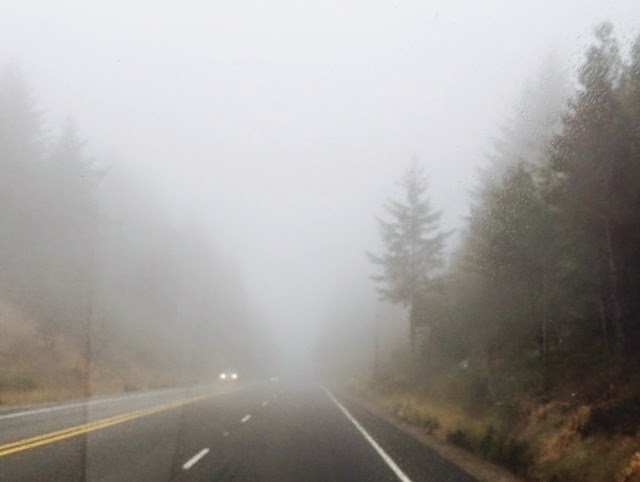 Southern Oregon Coast is beautiful. Rugged and moody, the large boulders stand in the chilly water like some forgotten pre-historic monuments. We drove across the Rogue River where there was a fleet of small fishing boats. At the campground last night, J.J. and I met a local family. The husband mentioned that the lumber from Oregon are now mostly exported to China. The fishing industry once provided a stable source of income for many residents. Now over regulated he feels that no one can make money from fishing. 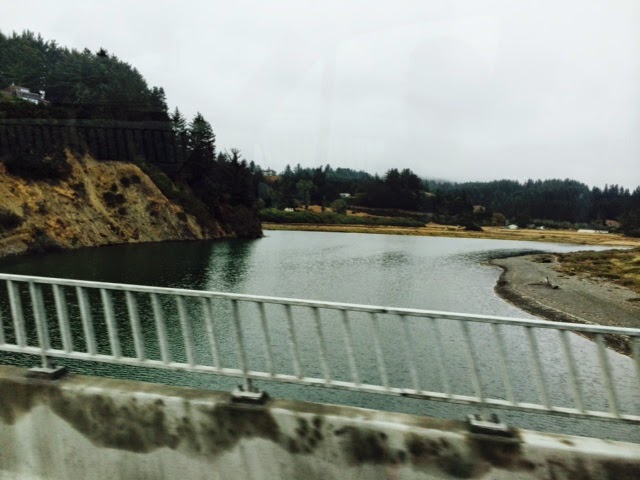 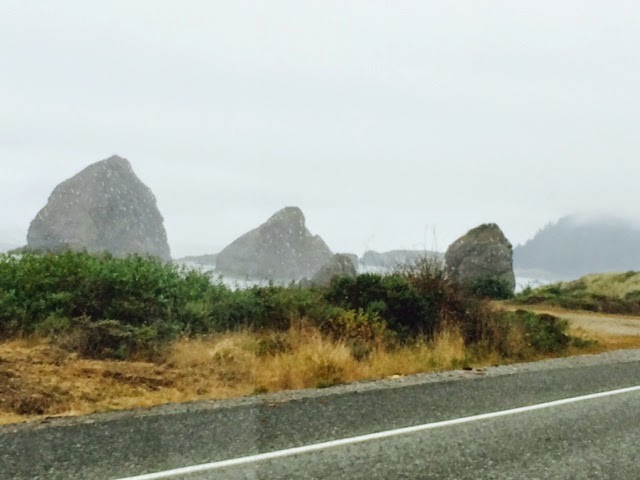 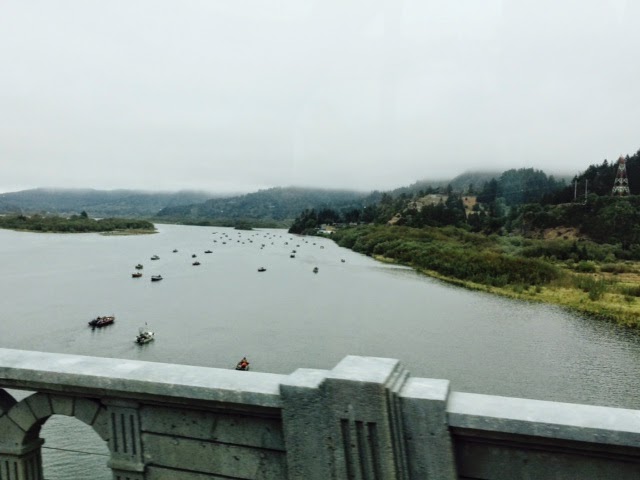 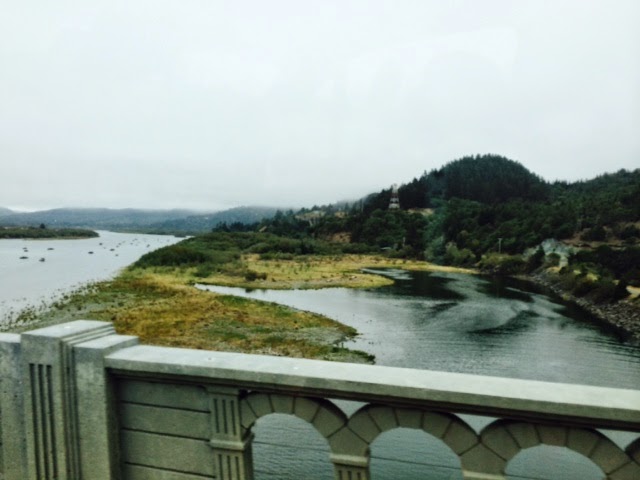 Highway 101 often runs parallel to the Pacific Ocean, but at times deviates into inland mountainous areas. Our journey is through a nationally designated scenic route. Ever changing scenes of mountains to ocean required us to keep our eyes peeled and focused on the scenery as well as on the road. While I was talking to my sister on the phone, we saw a man dragging a large doe to the side of the road. It seems his car hit the doe, but did not kill her so the man was trying to move the poor animal. Reason was to avoid from becoming a hazard for other motorists. Such scene is a constant reminder to all of us on the highway to be cautious and be mindful at all times. 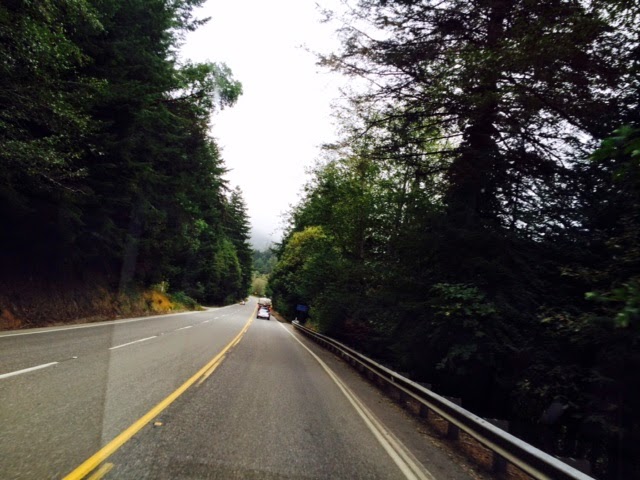 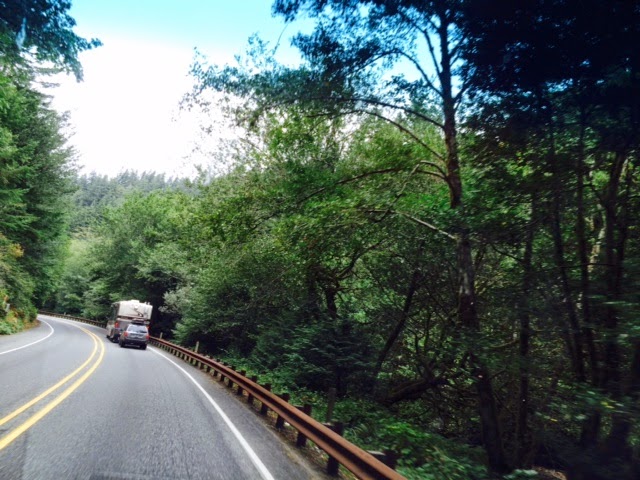 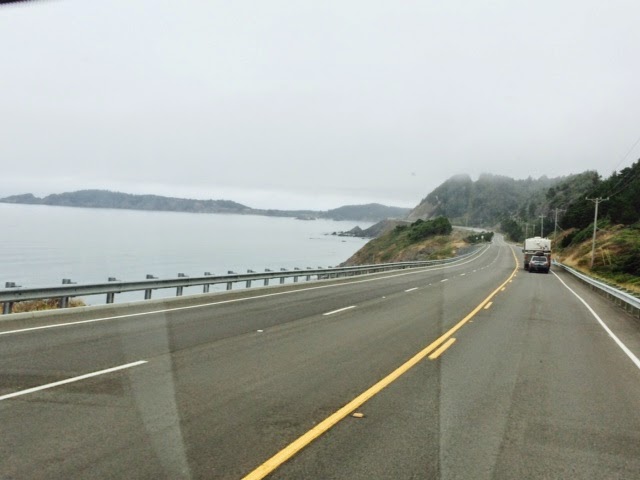 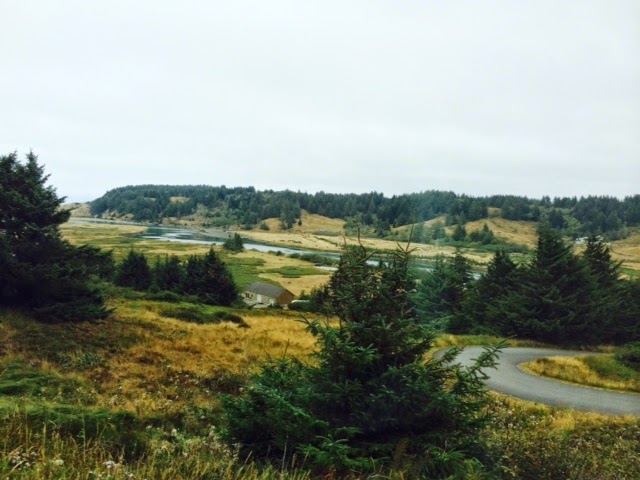 For lunch, we went to a restaurant perched on a cliff called Red Fish. My vegetarian quiche was good but J.J.'s Manila Clams served in a spicy soup stock was exceptional. I don't eat clams but the soup was absolutely delicious. Its flavoring had a touch of Indian spices. Ah, a subtle reminder of the film, "One Hundred Foot Journey". 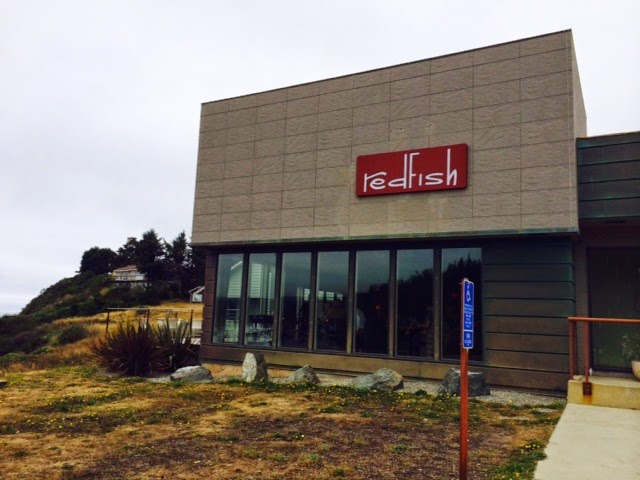 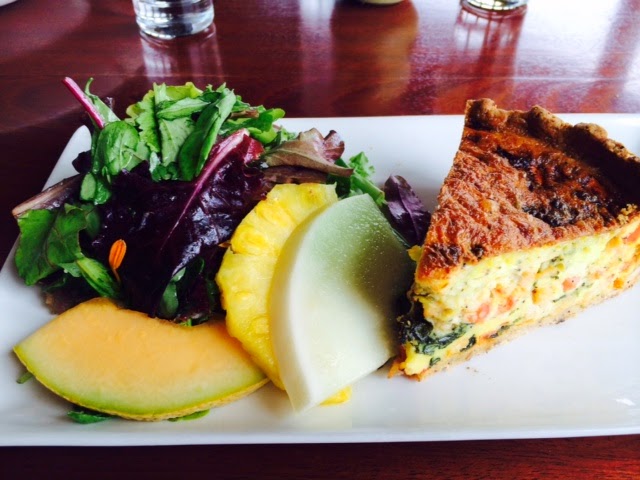 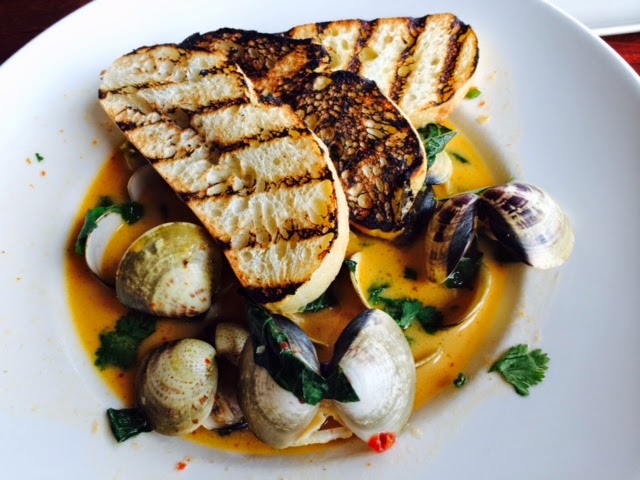 We are staying at the Cape Blanco State Park camping ground. It is 3 miles from Highway 101. From the camp site, ocean is accessible by foot. Each site includes a spacious pad. There are  hot showers, immaculate toilets and electricity. The fee is $22 for the night. According to the camp manager, California State Parks could charge as high as $60 and that does not include free showers and free hook-ups. He said that you better have a lots of quarters to use the shower. 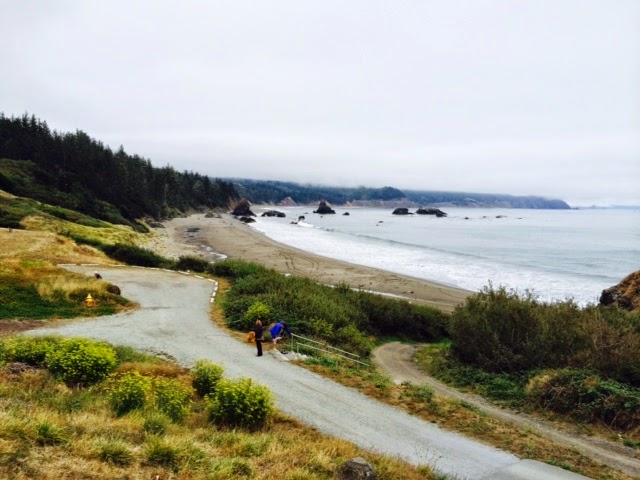 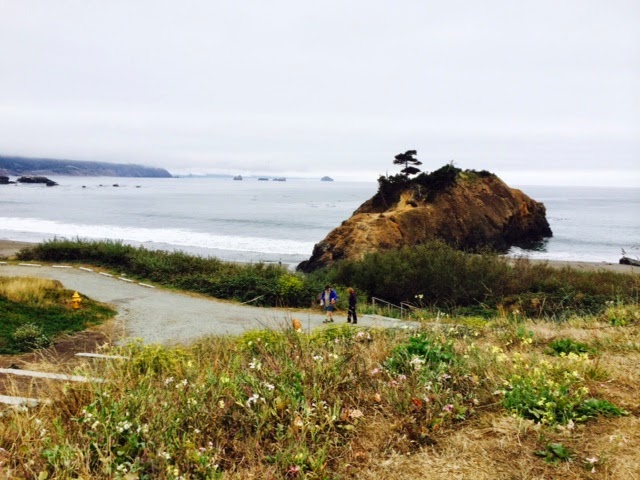 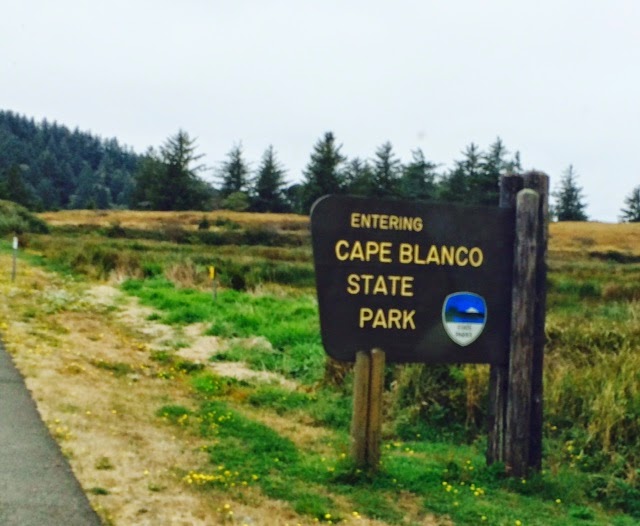 If you look hard, you can see a tunnel which we drive in and out. 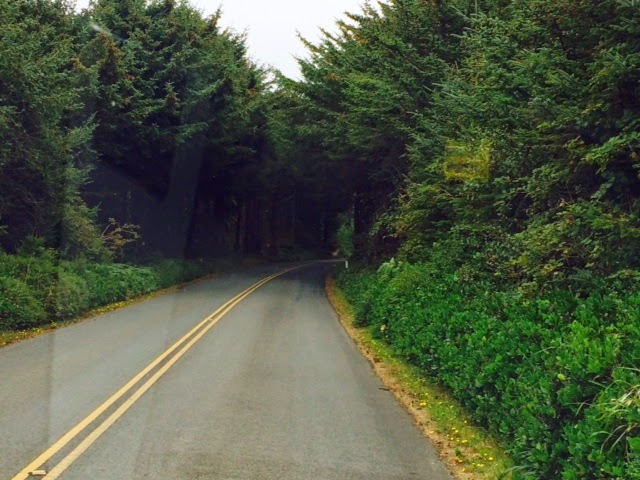 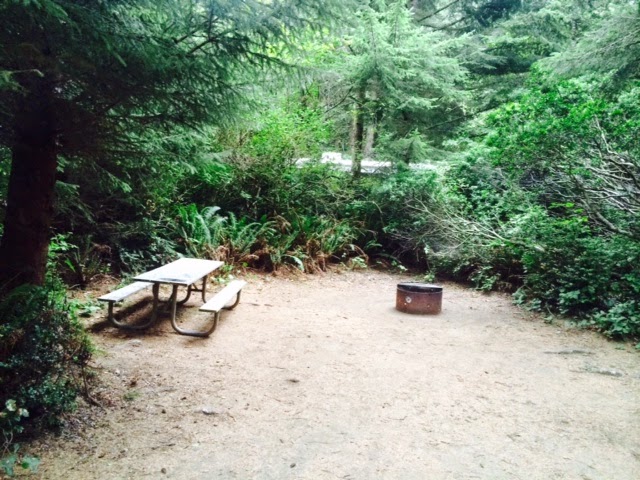 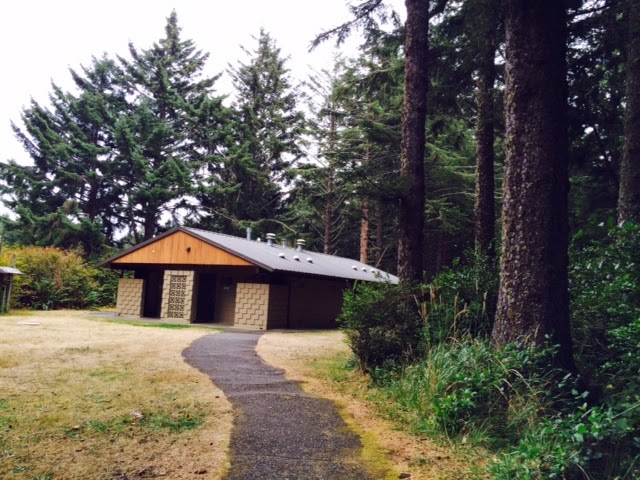 Ordinarily, we do not see too many "siblings" or even "cousins" of Honu. However, in this camp site, there are at least 4 other Mercedes Sprinters. Bill is a retired engineer from the aircraft industry. He and his wife, Patti purchased the basic "shell" from Mercedes Benz and built their RV. They are from Rogue River, OR. They invited us to see the interior. It is roomy and custom designed for their particular needs.  Some features are definite improvements over the factory produced model. 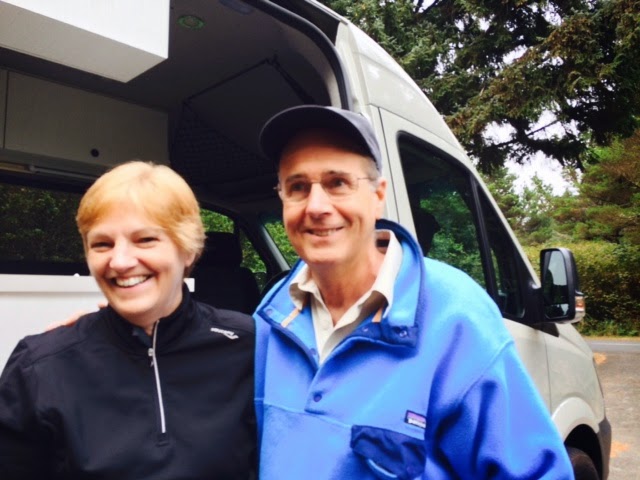 Cape Blanco lighthouse is about a mile from the camping site. J.J. noticed Barry's very long, impressive telescope. We learned that Barry is into ornithology and answered my questions about different types of black birds -- namely ravens and crows. He looked up at the sky and pointed to a large bird circling in the air and told me that it is a Turkey Vulture. I have lots to learn. Here is photo of Barry and his wife, Terry. They are from Eugene, Oregon. 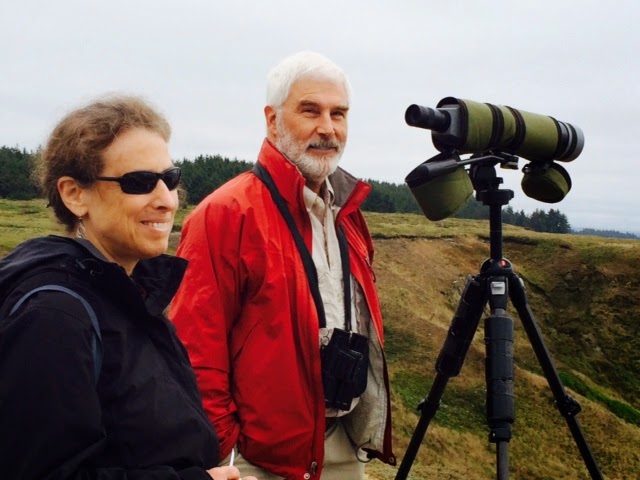 Tomorrow we will be visiting some of the local attractions.