October 22, 2019 became an exceptional day. The two of us have been curious about the Camino de Santiago (the Way of St. James). J.J. first learned about it long ago watching a BBC documentary. The two of us also watched the 2010 film about The Way. 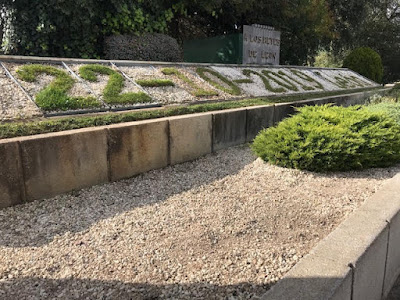 It is a large network of ancient pilgrim routes. We have a number of friends who have walked French, Spanish and Portuguese’s routes of the Camino. 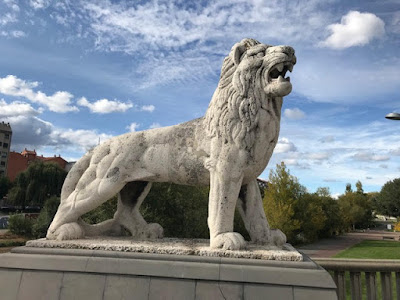 Some people walk the Camino for their health. Others for spiritual reasons. Still others spend quality time with family and friends. 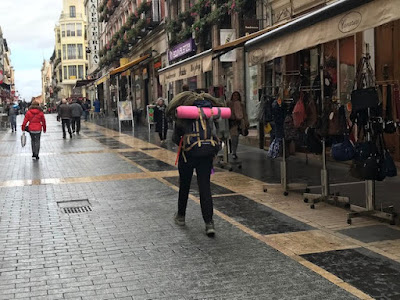 The tourism clerk at León smiled when I asked about the routes of Camino in the city of León. It is marked on the free map provided by the tourist office. She also mentioned where pilgrims congregate along the route. Most of the people participate in walking the Camino during the summer months. By now, their numbers have dwindled, but J.J. and I spotted several groups carrying their walking sticks and backpacks. One of the biggest giveaway, whether young or old, is that most of them looked physically fit and wear sturdy walking boots, floppy sun hat and sun glasses. The estimate is over 100,000 pilgrims a year. 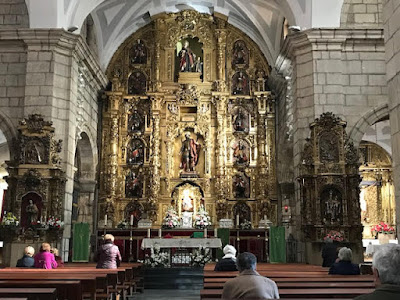 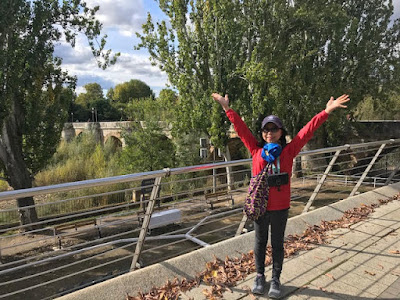 I am thrilled that we were able to walk a small segment of the Camino. Having finished 7 miles in 3 hours, I am happy and satisfied. J.J. was able to do 3.5 miles. For more info on The Camino, here are a couple of links:
https://en.m.wikipedia.org/wiki/The_Way_(2010_film)

Today was not all about walking the Camino. Our 2 hours lunch break was at an unassuming, gastronomic restaurant located along the Rio Bernesga. J.J.’s choice of menú del dia included the Spanish version of Risotto followed by a stewed duck and a desert of flan. I had Spanish version of a Greek Salad. 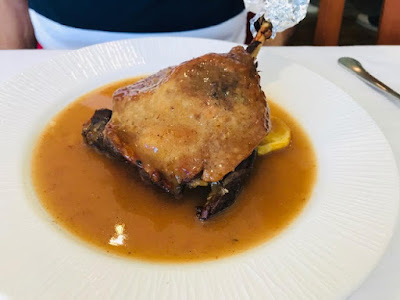 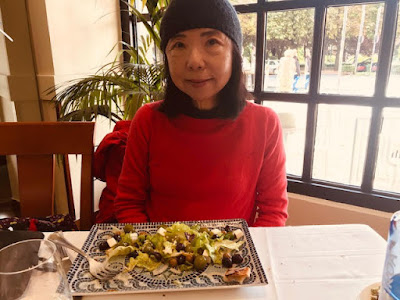 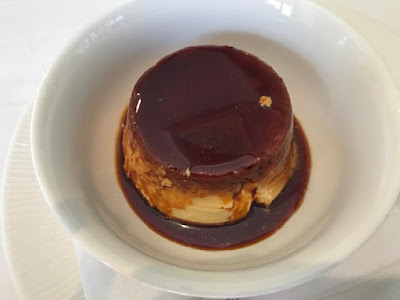 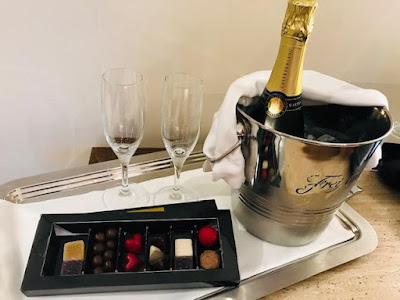