Parks and Gardens in Léon

Walking from Eurostar Hotel to the main Center of the city is not a chore but a delightful daily adventure. Léon is a home to small and large parks, gardens, and a national park. 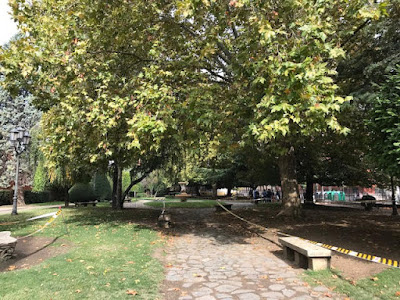 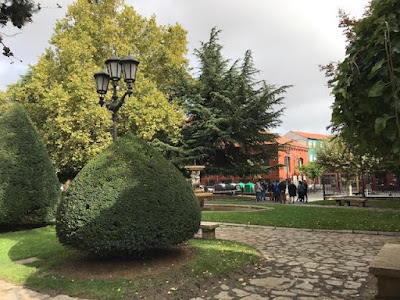 During our one week stay in the city, the day time high temperature has noticeably decreased. Falling chestnuts are blanketing sidewalks, much to the delight of children who pick them to take home. 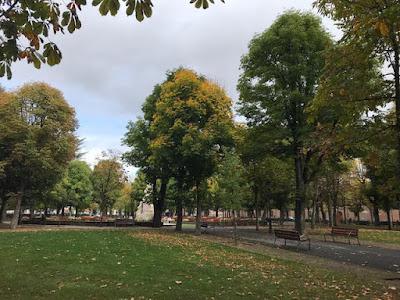 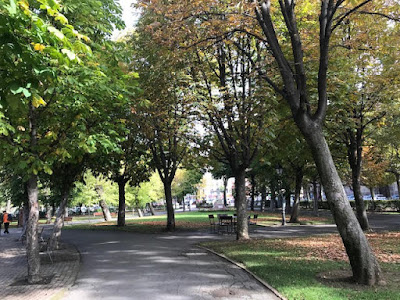 Parque del Cid is located near the old town. We weren’t specifically looking for it. J.J. and I stopped for a cup of Café con Leche and saw a small park across the street. It is a simple space dedicated to the 11th century national hero. El Cid is remembered as a fierce soldier from Christian Spain who fought against the Moors. 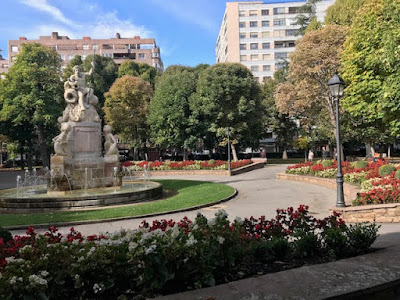 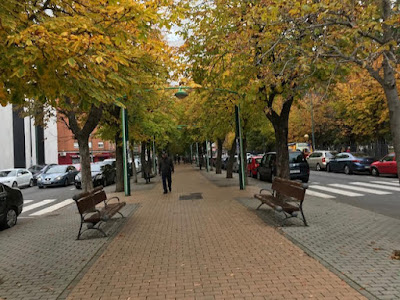 There is no statue of El Cid, just a large stone carving with the name of the park which seems to be an understatement. He was played by Charleton Heston in an historical cinema drama made in 1982. 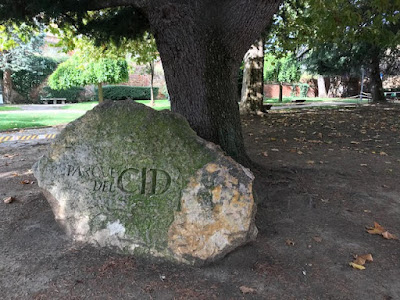 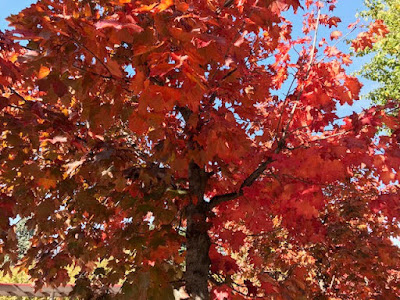