Our taxi ride from Ibis Hotel to the Plaza Mayor was like watching a scroll unfolding, reversing the timeline. The scenery changed from contemporary industrial park to a congested medieval city. Seeing huge numbers of people, J.J. and I simultaneously blurted out, “Yes, civilization!” 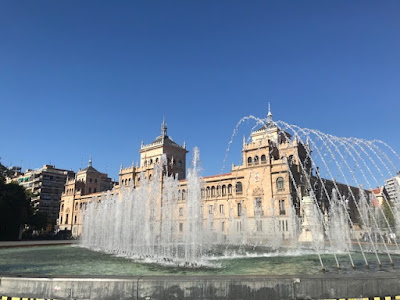 Valladolid Plaza Mayor has no outstanding architecture features compared to Salamanca and Segovia. But the uniform red-orange buildings makes this plaza attractive. 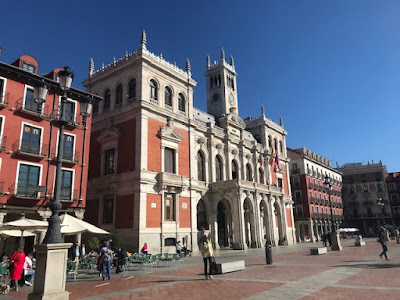 What was more interesting is Campo Grande (Large Field). Located near Plaza Mayor, it is a large public park shaped like a triangle. Campo Grande is 10 times smaller in size than the Retiro Park in Madrid and 30 times smaller than Central Park in New York. 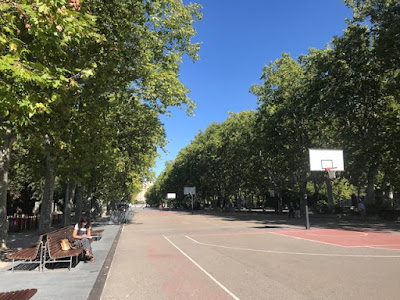 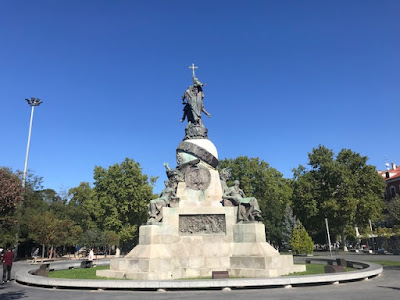 It is an urban park with some areas dating back to 1787. Park users include many individuals with walkers, canes and wheelchairs accompanied by their caregivers. Spain is proud of their quality custodial care for the elderly. 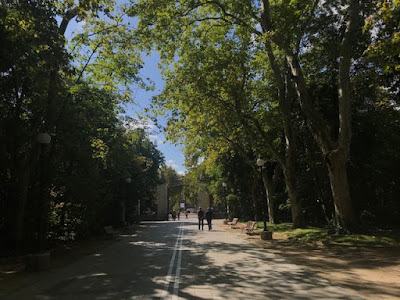 As a birder, I especially enjoyed seeing so many aviary species including peacocks strutting around. For very young children, the park is like a zoo. 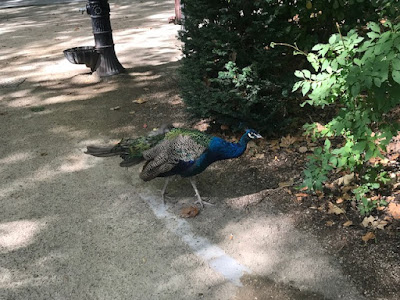 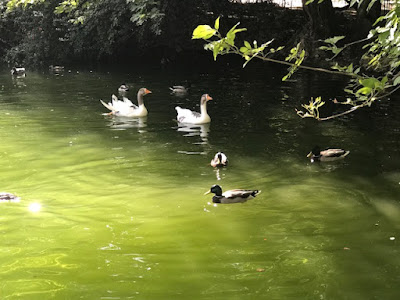 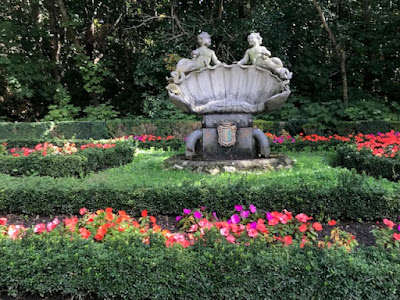 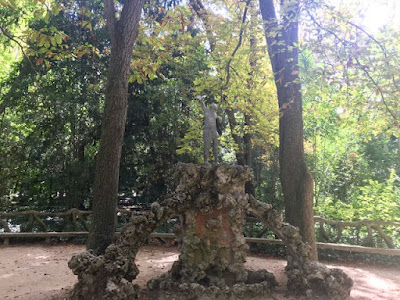 The two of us met Zulema at the visitor information center. She was very helpful and knowledgeable. Armed with more maps and brochures, we are immersing ourselves in exploring Valladolid. 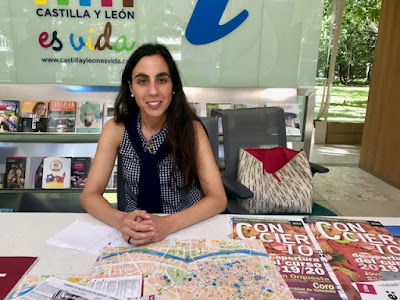