South Dakota is known for game hunting. Hunting seasons are set for specific games such as pheasant, deer, antelope, fall turkey, ducks, grouse and Sandhill crane. Dates, places to buy hunting license, number and costs for each game are available online as well as via government publications, newspapers and magazines. 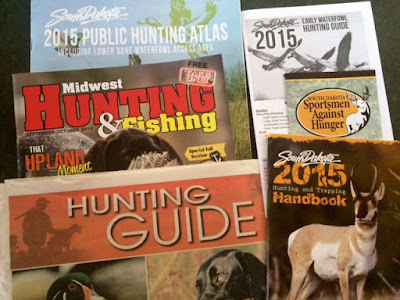 Per a statement released by the South Dakota Game, Fish and Parks Dept, this year the pheasant count has increased by more than 40% from a year ago. Great news of pheasant hunters.

A hunter proudly displaying his trophy on his car. 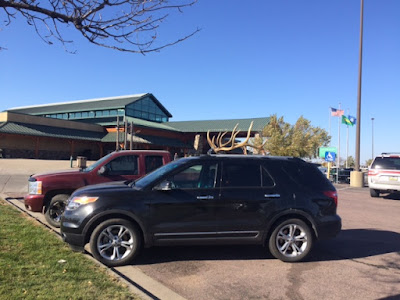 Cabela's, according to the company information is the largest mail-order, retail and Internet outdoor outfitter in the world. 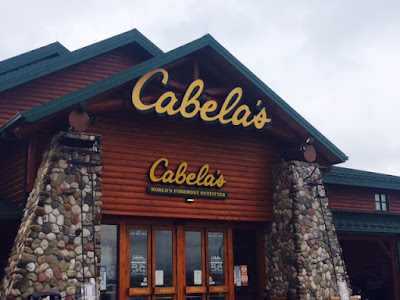 Your first time walking into a Cabela's retail store is an amazing experience. High ceiling with clearly defined sections of the store feels like you are in a well-organized convention center. 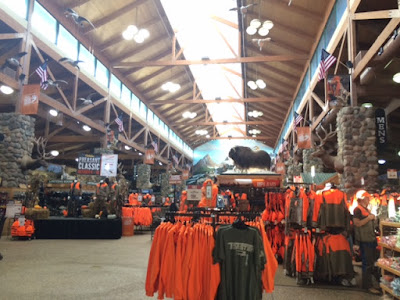 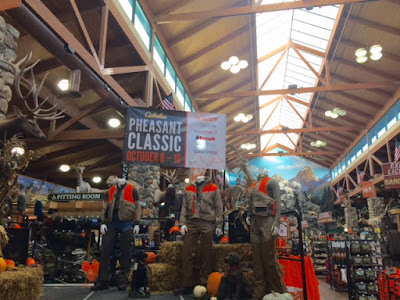 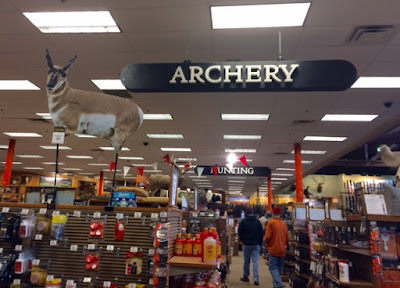 The center attraction consist of a large display of taxidermy animals and fouls. It is very impressive. Even if you are not a hunter or a fisherman, the store is like a museum for outdoor living! 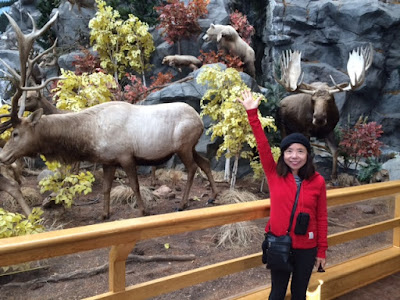 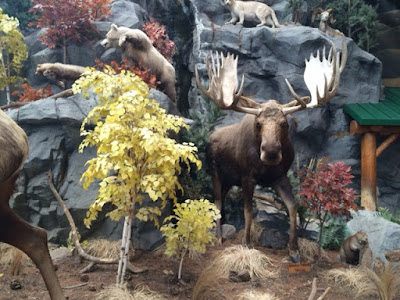 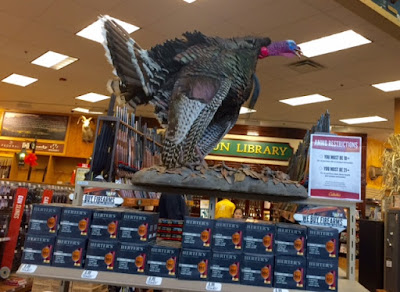 Beautiful pheasant in a display cage in front of Cabela's in Mitchell. I hope they will receive pardons like the White House turkey. 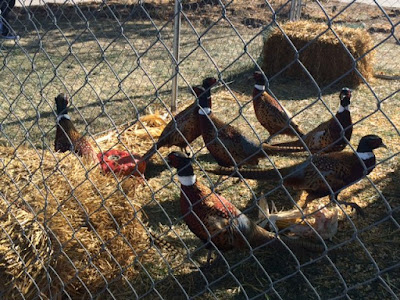 To find out more about the history of this company or to buy hunting and camping gear, go to: www.cabelas.com 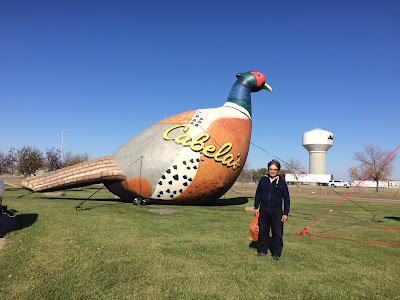