The World's Only Corn Palace in Mitchell, SD

You don't have to be a farmer to appreciate this mid-west Americana icon. Located on the Main Street of Mitchell, next to the City Hall, the Corn Palace is an amazing sight to behold in an area surrounded by farmland. 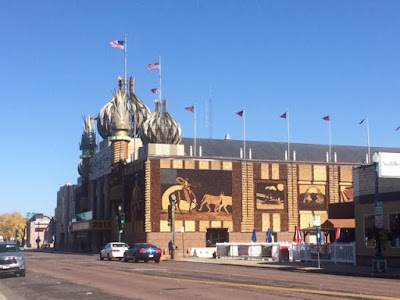 Built in 1892, the original Mitchell Corn Palace's purpose was to showcase the rich soil of South Dakota. It was also built to promote and encourage people to move to the area.

At one period in history, there were numerous "palaces" around the country to promote farm products. However, only Corn Palace withstood the test of time.

Current Corn Palace was completed in 1921, and in 1937 the Russian style onion domes and Morrish minarets were added to give it a distinctive style. In 2015, leafy sculptures have replaced the onion domes. 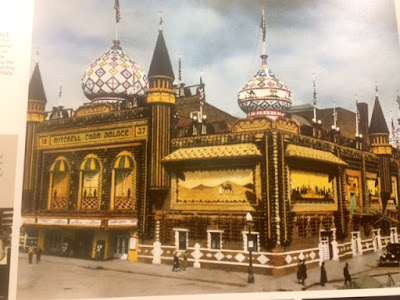 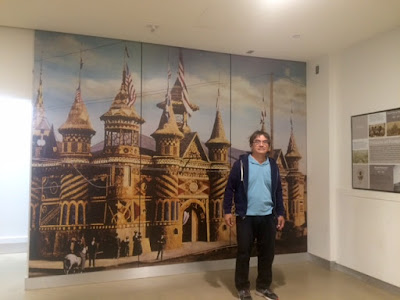 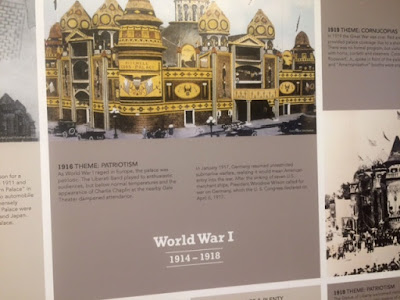 The Corn Palace serves as a multi-purpose arena and facility with stage shows, trade shows, and basketball games. 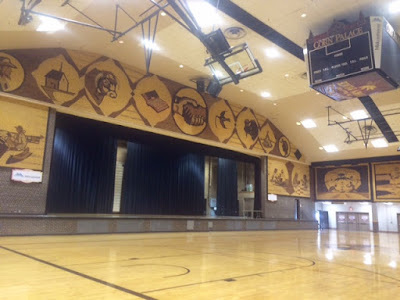 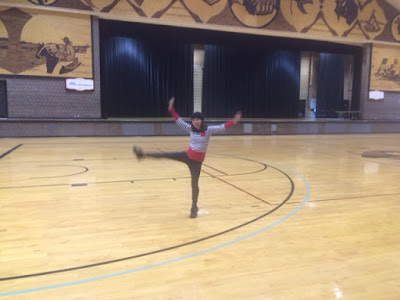 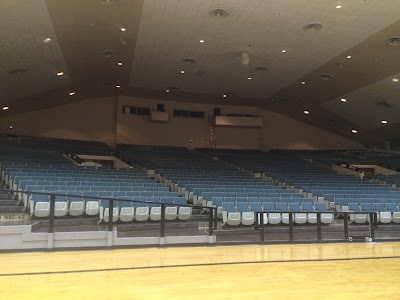 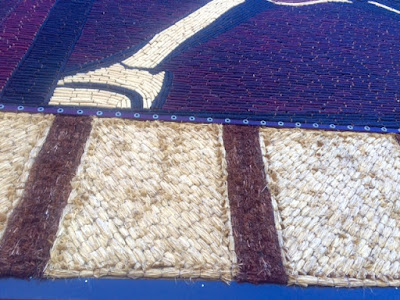 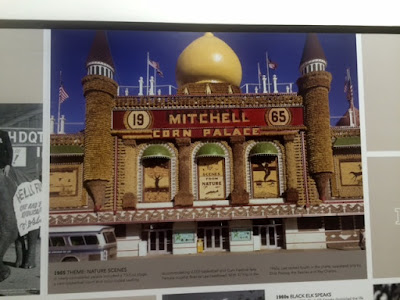 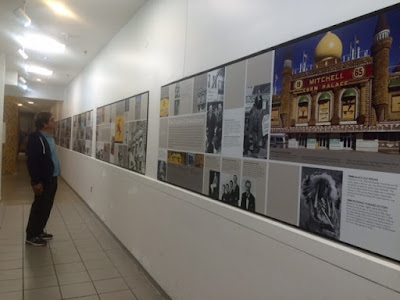 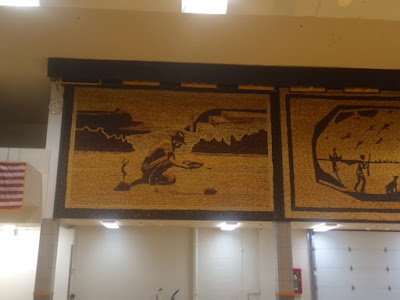 Every year, they come up with a new theme and the exterior design changes accordingly. This year's theme is South Dakota's 125th Anniversary. 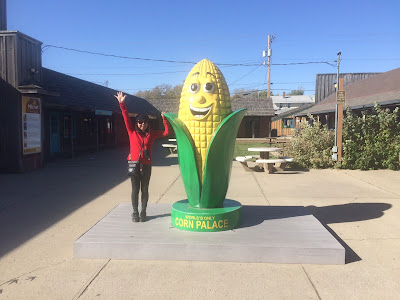 Grant from Minneapolis was trying to take a selfie. When he heard of our RV adventure, Grant mentioned that his parents spent 10 yrs traveling in a large rig. They loved going to Baja Mexico. Now his parents reside in Arizona. 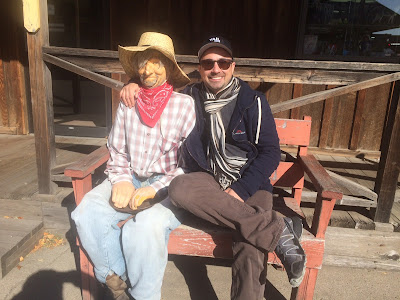